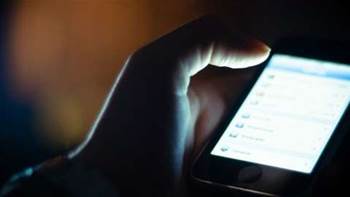 Because four telcos are better than three.

Australian consumers are more likely to see “high and stable” prices for mobile services if TPG and Vodafone are allowed to merge compared to if they stayed separate, the competition watchdog says.

Speaking at a competition law conference, Australian Competition and Consumer Commission (ACCC) chair Rod Sims said the international experience showed that four telcos in a market was better than three.

The ACCC rejected the $15 billion TPG-Vodafone merger earlier this month.

Sims said the proposed merger was a “topic of much discussion” at the 2019 International Competition Network (ICN) annual conference in Colombia in mid-May, which the ACCC attended.

“As was much discussed at the ICN meeting, around the world markets with four mobile players result in better outcomes for consumers,” Sims said over the weekend.

“We see this currently playing out overseas in markets as diverse as Canada and France.

“Indeed, recently the Canadian Competition Bureau has said that mobile wireless pricing is much lower in regions where there are four players; prices are high and stable where there are three players.”

Prior to merger talks, TPG acquired spectrum and had been building its own $2 billion mobile network.

However, it stopped the build in January this year, because it had been using Huawei equipment, and a decision by the government to ban Huawei gear from future 5G networks removed TPG’s intended upgrade path.

Thus, if TPG is forced to remain separate, there is no guarantee it would resume the network construction effort and inject itself as a fourth mobile network operator.

More is likely to be known this week after court proceedings challenging the ACCC’s ruling were filed by TPG and Vodafone late Friday last week.

The ACCC said in December last year that TPG’s lack of presence as an independent mobile network operator could take a lot of competitive heat out of the mobile market.

Sims’ comments over the weekend could be construed as high praise for TPG, though they may also be contentious given the regulator is pinning hopes of competitive disruption to the entry of a fourth player to the market, rather than on activity by the existing three players.

“TPG has a proven track record of disrupting the telecommunications sector and establishing itself as a successful competitor in fixed broadband services. This has had large benefits for customers,” Sims said.

“Removing TPG as an independent player, with its customer base, backhaul infrastructure and spectrum, would, in our view, have a very negative impact on Australian consumers in this increasingly important market.”

Sims said that a “stable three-player market facing no threats will likely lead to stable and so-called rational pricing.”

He said that “many analysts” saw the proposed $15 billion merger of TPG and Vodafone “as a long-term positive for Telstra and Optus”, which he translated to mean “higher and stable pricing”.

“We should never confuse rational pricing with the consumer interest,” Sims said.

“Consumers need the benefits of vigorous competition in order to obtain competitive pricing and the innovation that is in their interests.

“In this context we need to also recognise that Australians pay more for mobile communication services than many other countries we like to compare ourselves with.”