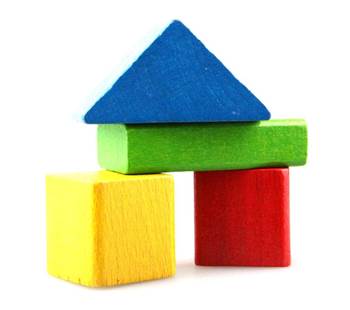 In building a cloud computing framework that could unify both on-premise infrastructure and hosted third party services, the open source advocates behind OpenStack have devised the one technology likely to pose a competitive threat to the Amazon Web Services and Google juggernauts.

By Gartner's reckoning, AWS now has five times the Infrastructure-as-a-service compute capacity of its 14 biggest rivals put together. The individual efforts of Rackspace, Microsoft, IBM, HP, CSC or Telstra are unlikely to create a genuine competitive threat in the near-term.

OpenStack, by contrast, has all the ingredients of something that can. OpenStack is a common specification for server, compute and network resources that can be built inside or outside the firewall, alongside a suite of open source management tools for management of these resources.

OpenStack is 100 percent open-source, can be downloaded free and is licensed under the Apache Foundation software model. It enjoys the support of a consortium of more than 200 companies and over 900 code contributors.

It began in July 2010 as a joint initiative of Rackspace and the United States of America’s National Aeronautics and Space Administration (NASA). It was intended to make the deployment and management of pools of cloud computing resources and services running on low cost commodity x86 and ARM hardware easy and affordable for organisations of all sizes.

And for those hedging their bets, OpenStack has been developed with an eye on the API's (application programming interfaces) of the Amazon EC2 and Amazon S3 cloud services, such that client applications written for Amazon Web Services can run on OpenStack with minimal porting effort.

Under the hood, the OpenStack ecosystem is made up of three core components: compute, networking and storage. All can be accessed via a dashboard - a browser-based graphical user interface (GUI) “console” - or via a command line interface (CLI). Let's take a look at each in detail.

The OpenStack compute component is called Nova, and its role is the control and orchestration of the fabric of the infrastructure-as-a-service system.

Nova manages and automates pools of compute resources across one or more systems, usually in a cluster configuration. And Nova is compatible with everything from bare metal servers through to open source hypervisors (XenServer, KVM and LXC), plus hypervisors from proprietary vendors such as Microsoft's Hyper-V and VMware's ESX.

OpenStack offers both block and object storage services in the form of the Swift “object storage” system and Cinder “block storage”.

Swift is a distributed highly redundant object storage system. Objects and “files” are written to multiple disks and usually across multiple servers to ensure data redundancy and integrity. If one system fails, the data on the failed system will be available across two or more servers in the cluster.

Much like Apache Hadoop, OpenStack has data replication and distribution built into its DNA. The management of objects and files across a cluster is performed in such a way that low cost commodity servers can be used without resorting to the more expensive pattern of using redundant array of inexpensive disks (RAID) or high availability server hardware.

Where Nova was contributed to OpenStack by NASA, Swift originated from a Rackspace project called Cloud Files.

Cinder provides persistent block-level storage devices for use by OpenStack compute instances. When Cinder storage is presented to compute instances it looks, feels and behaves like traditional enterprise-grade block storage.

Cinder is the component of OpenStack that controls the creating, attaching and detaching of block storage “devices” to servers.

Block storage volumes are integrated into OpenStack and managed either via the web dashboard or the CLI to provide persistent block-level “volumes” such as boot disks for virtual machines.

Cinder's block storage is usually used for “local” volumes for operating systems like Linux and Microsoft Windows, as well as for database storage.

Neutron provides the full suite of networking capabilities a cloud computing platform requires, either in flat network topologies or segmented topologies such as VLAN’s to allow the separation of servers and traffic, traffic management, quality of service and security.

Highly redundant networking can be achieved using floating IP’s that allow traffic to be rerouted dynamically within the OpenStack switched or routed network fabric to cater for maintenance outages, performance degradation or hardware failure.

Supporting the three core components of the OpenStack ecosystem are a number of other key toolsets that can be bolted on.

The number of value-add components are growing monthly, the larger among them announced during a six month release cycle that heralds the introduction of a new version.

The eighth and most recent 'Havana' was after an unincorporated community in Oregon and offers over 400 feature blueprints. The next to come is named 'Icehouse' after a street in Hong Kong, the location of the last OpenStack Summit.

Read on for OpenStack's compatibility with existing 'cloud' technologies, plus our frank assessment of its growth in Australia to date...