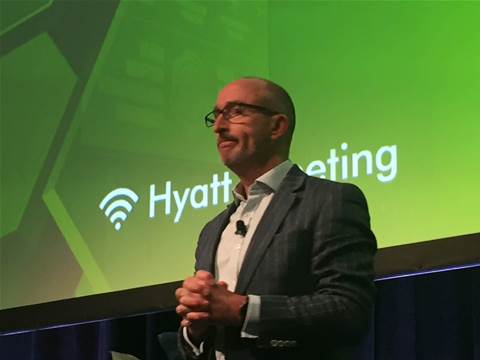 In a warts-and-all dissection of what the CBA subsidiary has learned from its big internal technology rebuild, Weir told the FST Future of Financial Services conference in Sydney on Thursday that around two yeas ago the bank had to make a call on its technology strategy.

Rather than take an incremental approach where the WA-based brand sought to keep up with technology, Weir said a decision was made to go all-in in terms of tribalising Bankwest’s operations in an effort to get out ahead on product and service design and delivery.

Weir said it was widely known “that we went down the path of Spotify type agile operating model for our organization”.

But what was just as important was the commitment, right across the organisation from the top down to address natural resistance to rapid and the potential for dilution and delays to reforms that needed speed to be effective.

“The decision that we took is that we didn't want to play in this,” Weir said of the reform push.

“We didn't want to create an innovation lab or set up a new code within our existing code to trial some of these ideas … and then if they work, okay, we'll extend them further.

“Those people that work in organisations where you have seen like people set up this kind of incubator concept, in my experience, they're doomed to failure. Because what happens is the rest of the organisation conspires to kill it,” Weir cautioned.

“That's the sad reality and the people within it, then start to have issues with the rest of the organisation and vice versa.”

“We were absolutely adamant … the only way to go was to transform the whole organisation in one go, and actually start again from an operating model point of view and reconstitute our organization along the lines of the new way of thinking.”

That included devolving decisions on how money was spent down to the tribe level so that the people on the ground with ownership of key processes could make the decisions they needed to make at a point in time, rather than bowling-up endless proposals and business cases.

“Since we've gone down this route we've seen a big reduction in the number of formal business cases. Effectively, the way the process works on the organisational funding cycle, is the funding is allocated at a tribe level and the tribe then make their priority calls at a tribe level,” Weir said.

This included spend on hygiene.

“They have distinct outcomes to achieve, and therefore they're best place to identify where they want to allocate those funds, and that includes into the health of the systems.

“So the tribes just can't go off and build shiny new toys and shiny new experiences, they also have to invest in the, in the upkeep and the maintenance and the health of their systems,” Weir said.

Which is not to say Bankwest has just guzzled the consultant Kool-Aid on reform methodology, especially change regimes that are steeped in dogma. The label doesn’t matter if the cloth is cut right.

“We don't call this an agile model, other people call it an agile model,” Weir said, adding that Bankwest had plundered the best bits of that culture and then mongrelised it with other tried and proven models like Lean Startup and Six Sigma.

“We call it Blaze, that's just our way of working,” Weir said.

“The reason for that is that there's a lot of philosophical wars all over agile.  ‘That's not real agile’ or ‘you're not doing it right’, or ‘you're doing it wrong’, and vice versa.

So we would rather give our of working its own personality and then people feel free to criticize it.”

“But it's absolutely ours, and we can make it what we want it to be.”