How it will affect you and your business – whether you upgrade or not.

At a time when the smartphone reigns supreme, it will no doubt seem quaint to some that Microsoft has just launched the latest version of its Windows operating system, something of a symbol from another era.

But while Windows 10 certainly has some ground to make up with users who turned their nose up at Windows 8, its arrival has implications for business users and professionals – whether you upgrade to the OS or not.

The exact wording of the free upgrade has been the cause of plenty of confusion, but essentially, it means once installed, the OS will remain free for the ‘supported lifetime’ of that device.

The upgrade giveaway doesn’t include Enterprise edition corporate customers, but according to Microsoft’s Jim Alkove, enterprise users involved in Microsoft’s Software Assurance scheme with volume contracts will generally have rights to a Windows 10 upgrade anyway.

Nothing seemed to polarise users quite like Windows 8’s Modern user interface. While some professed to love it, plenty voiced their disapproval, particularly at losing the much-loved Windows 7 Start Menu.

Microsoft’s half-baked attempt at returning the Start button in Windows 8.1 didn’t really help, particularly when all it did was launch the Modern UI start screen.

Thankfully, Microsoft has gone a long way to rectifying this in Windows 10. The new Start Menu combines Windows 7 and Modern UI into a single resizable panel, while retaining the extremely-useful right-click Power User menu from Windows 8.

It’s not perfect, but it feels like this is how Windows 8 could have been.

Even Modern UI apps now run as windowed apps on the desktop. Our biggest gripe is that the menu’s Settings option launches the new lean Modern UI app, rather than the traditional Control Panel, but this can still be found in the Power User menu.

Windows 10 retains a full-screen ‘mobile’ Modern UI mode tucked away in the Action Centre, but the Windows desktop now feels much more like the centre attraction, rather than twin interfaces competing for attention, depending on which app you launch.

As a compromise between the old and the new, it’s usable. 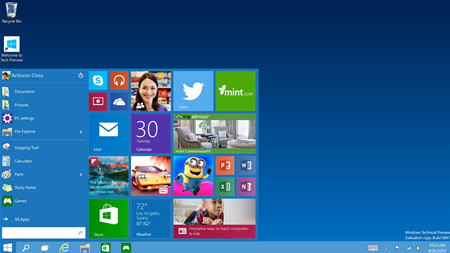 However, the free upgrade doesn’t necessarily mean moving to Windows 10 will be smooth sailing.

First, to use the Windows Update upgrade option, you must already have Windows 7 SP1 or Windows 8.1 preinstalled – without the latest OS versions, the update will not install.

Second, you've only got 30 days to perform the upgrade via Windows Update and have your old Windows 7 or 8.1 OS available as a restore point to revert back to - after that, the only way back is installing your previous OS from scratch.

Third, upgrading via Windows Update means that should your system fail and you don’t have a working system restore or Windows 10 on installable media, you’ll need to go back to your original OS, followed by the Windows 10 Update again to rebuild it.

And fourth, it’s not yet clear whether any Windows 10 reinstall performed after July 29 next year will remain free – even if you’ve already installed it onto your system in the year prior.

At the very least, before you upgrade, we recommend you make – and test – a complete backup of your current system drive, just in case you change your mind after 30 days or things go pear-shaped.

But as in politics, incumbency is a wonderful thing and despite its legacy-clogged Trident web-render engine, Internet Explorer 11 still manages to hold down more than half the global desktop browser market, according to the latest figures from analyst firm NetMarketShare.

Trident has been Microsoft’s proprietary render engine since the launch of IE 4.0, but for Windows 10, code engineers revisited Trident, stripped out all the legacy code and used the streamlined result to power the new legacy-free web browser built into Windows 10 called Edge.

The original idea was that Windows 10 would include both render engines – the new streamline Edge fork of Trident, plus the legacy version – and allow Edge and IE11 browsers to switch between the render engines as web pages required.

However, feedback from pre-release testers showed they were less than enthusiastic about the idea. As a result, the company quickly reversed the plan, opting to keep the new streamlined Trident engine exclusively for Edge and leave IE11 more or less as it was in Windows 8.1.

But Microsoft has still taken the decision to make Edge the default browser for Windows 10 – and that will have ramifications for businesses and professionals, whether you upgrade to Windows 10 or not. 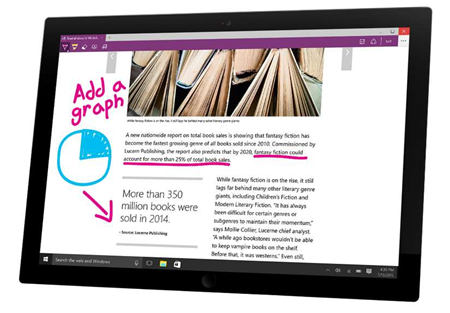 The Edge browser with web notes

There’ll be plenty of businesses (and governments) relying on IE’s legacy code, using it on sites that are incompatible with Edge. For example, the Australian Government’s Australian Business Register online communication service, AUSkey, currently doesn’t work with Edge – instead, the site delivers instructions for Windows 10 users on how to find IE11.

Microsoft has made its intentions clear that Edge is the new lead browser – it occupies a prime spot on the Windows 10 task bar, while IE11 is relegated to the new Start Menu under ‘Windows Accessories’.

The fact IE11 has been retained in Windows 10 might seem like good news, but in reality, its relegation just buys you time while you update your website to support Edge: having to give your website users instructions on how to find the old browser in Windows 10 isn’t exactly a long-term solution.

As for the Edge browser itself, it is notably faster in testing than IE11 as you’d expect, bordering on Google Chrome 43 for speed, depending on the tests you perform.

According to HTML5Test.com, it’s closer to HTML5 specification than IE11. It also has a new trick Microsoft calls ‘web notes’ that allows you to draw on and annotate webpages, save them with your notes and share.

Edge isn’t likely to meet with universal praise, but it does show Microsoft has a plan to finally move on from legacy IE.

In setting up the Windows 10 upgrade giveaway for home and professional users, Microsoft has had to ensure enterprise licensees also see sufficient reasons to upgrade. One of the more controversial is exclusive access to Microsoft’s Long Term Servicing Branch (LTSB).

In previous versions of Windows, the end user could always regulate the flow of Windows updates over a range from ‘yes, automatically install everything’ through to ‘look, but don’t touch’.

However, Microsoft has made the call to change this in Windows 10, with all updates now mandatory for home and professional users – and it’s all based on these new ‘servicing branches’.

The difference between them is that CB locks users into accepting any and every update – bug fixes, new features or security upgrades, the lot – as they become available, whereas CBB gives business users a modicum of flexibility – basically, you can determine how and when updates are delivered, just not ‘if’.

But one interesting benefit of CBB outlined by Microsoft is that CBB-set systems will only receive updates ‘after their quality and application compatibility has been assessed in the consumer market’.

On the other hand, LTSB - exclusive to enterprise edition users - allows you to create lock-down system builds for mission-critical applications that, aside from bug fixes and security updates, prevent the installation of any new features for as long as you choose, up to the full ten-year proposed mainstream/extended lifespan of the OS.

Microsoft’s reasoning for locking home and professional users alike into mandatory updates is to ensure it can keep OS installs up to date with the latest security patches.

The problem, however, is that it assumes no update will ever cause an issue to a Windows 10 system. You could argue that by having a mandatory update system in place, Microsoft can quickly fix any update issue by simply issuing a new update.

But that idea can only work provided the update fault doesn’t cause a system updating failure – in that event, a replacement update is unlikely to help.

The implication of Microsoft's above statement on CBB is that no update will reach CBB users until it’s been thoroughly tested on consumers. Time will tell if that’s sufficient.

It allows you to hide trouble-making updates and not reinstall them – it won’t stop a faulty driver file being installed the first time, only stop it from being reinstalled again after you remove it. You download the package – wushoworhide.diagcab – from here, but you have to launch it each time you want to hide or show an update.

We’ve tested it on Windows 10 RTM Build 10240 and although it doesn’t seem to integrate itself into the Windows Troubleshooting subsystem, it does appear to halt previously-installed updates from being re-installed.