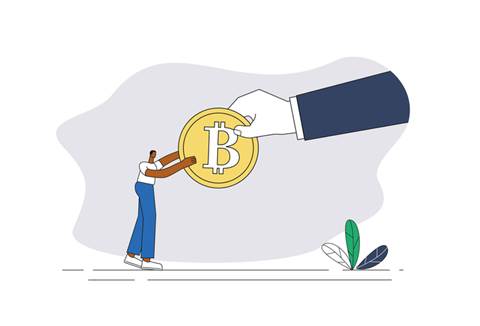 Popularity in cryptocurrency is growing to the point where now consumers are wanting to be able to get some form of crypto as a loyalty reward.

The number of consumers wanting cryptocurrency as a potential loyalty reward is growing according to a new report.

In the 2022 For Love or Money loyalty report, it shows 32 percent of respondents members indicated earning cryptocurrency as rewards within a loyalty program is appealing. In 2020, when respondents were asked the same question only 28 percent showed interested.

When breaking down that percentage, Gen Z and Gen Y respondents were leading the pack in being eager to reap crypto rewards.

The loyalty report highlights that 44 percent of Gen Z and 47 percent of Gen Y respondents respectively indicating cryptocurrency as a reward as appealing.

Adam Posner, founder of The Point of Loyalty and publisher of the report said, “The commentary on Cryptocurrency and NFTs is vibrant right now and it was interesting to understand how appealing these new ways of being rewarded are to loyalty program members. The younger generations are showing more appetite for these digital currencies as rewards.”

Posner spoke to Digital Nation about why there is an increase in appetite for cryptocurrency as a loyalty reward.

“Because of the value that Bitcoin has and how it's changed over the years, how many coins have been released, and as a currency of value that people are either making money or losing money.

“Clearly the world is driven, in most cases by greed so when everybody sees that there's another way of making money fast, a lot of people go there,” he said.

Posner used the theory of diffusion of innovation which involves the scale of which people adopt trends, Posner said crypto is most likely in the early majority now.

“It's no longer the innovators and the early majority, it's gone past all of those. Because loyalty programs are an exchange of value, crypto is a value that can now be popularised,” he said.

However, retailers will most likely find it will be hard to dish out crypto as loyalty gifts as it isn’t regulated by the brands.

Posner also highlighted that the user experience of owning crypto and a wallet is not as straightforward as people think.

“Crypto is based on a wallet that you open, you create a wallet, but you're in control of that. If you lose it, or someone steals it, you'll never get it back. It's gone,” he explained.