Your Say: Setting the agenda for the State of IT 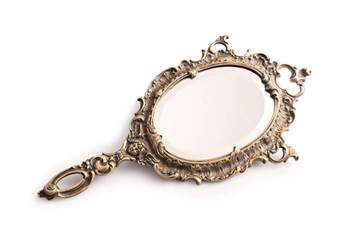 [Blog post] We have judged governments across the country, now you judge us.

In our comprehensive round-up of the state of state government IT, we have placed the onus on jurisdictions to keep getting better and better at managing IT.

So it is only fair that we set the same standards for ourselves, and look at ways we can make sure that the State of IT report too improves the next time we devote our time to it.

As part of the reader feedback process, a number of conscientious readers made great suggestions about ways that we could tighten up the 12 point criteria which serves as the foundation for the assessment.

Just in case you have forgotten, these are the 12 metrics we have used to score the maturity of government IT: 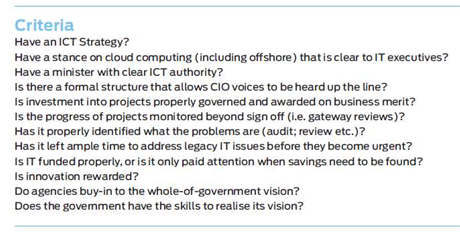 Many pointed out that we neglected to focus on information security and systems availability in our judging scale.

Business continuity is also a very valid sign of IT strategy maturity - one reader recommended we investigate whether governments have any formal strategy in place to recover IT operations in the wake of a attack a natural disaster.

This same question has been very recently asked of the Victorian Government, and the state’s Auditor-General found it needed to better plan for the event of a coordinated, multi-agency attack. That government is in the process of developing a security plan to remediate this.

Another popular suggestion drilled right down to the culture of a public service, and whether the feet on the ground in the state government are in fact ready and willing to adopt change and best practice.

How might we measure the ability of a government to ensure its own staff support its vision and goals? Perhaps that is something for further down the track as our study grows.

The working culture at several government agencies were called into question.

One self avowed newcomer to the public service said that agencies would be better to engage with “solution-oriented people to deliver the vision, not just lifer bureaucrats” to see them translated into reality.

That also impacts how projects are funded. The same respondent noted that “[Government] needs to adopt a funding model that supports small start projects that evolve to a vision rather than the big bang ‘here's funding’ approach.”

We wholeheartedly agree that the right attitude within the public service is critical to this sort of business change – but we aren't entirely sure  how to measure it! Do you have some suggestions?

Another great suggestion from our public sector readers was for us to assess the level of IT collaboration within agencies. You said we could at least assess whether back-end infrastructure is joined up across government – an outcome the NSW Government at least is working hard towards right now.

We are very grateful for all of your suggestions and the thought that has gone into them.

So ends our inaugural State of IT series. We hope to soon bring you news of improvements across all jurisdictions.