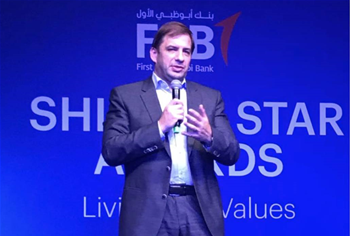 From NAB to FAB.

Misnik, who had been NAB’s executive general manager for business enabling technology and a key player in its move into the cloud, resigned from NAB back in late September.

At the time, NAB declined to say where Misnik was headed.

But in the lead-up to Christmas, Misnik updated his LinkedIn profile and was captured on-stage at a FAB awards event.

Misnik joined NAB in late 2017 from HSBC UK where he had been digital CIO. His role at NAB was to oversee digital and corporate functions that were previously the domain of NAB’s CIO role.

Around the time of his appointment at NAB, the Australian bank restructured technology and operations into five groups: business enabling technology; infrastructure, cloud and workplace; strategy and architect; enterprise security; and data.

That meant also splitting up the functions of the former CIO position into divisional IT executive positions leading those new units, of which Misnik took business enabling technology.