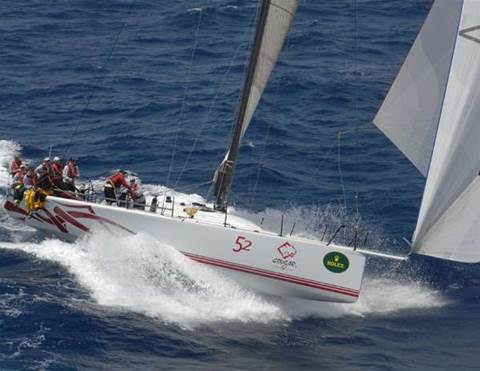 All aboard the SMS Sydney to Hobart.

From tomorrow, yachties and sailing fans can register to receive SMS updates on the progress of the nation's much celebrated Boxing Day blue-water classic, the Sydney to Hobart.

A three-year deal was announced today between organisers of the race and hosting company BlueCentral.

Sydney to Hobart Yacht Race organiser the Cruising Yacht Club of Australia will also use BlueCentral's infrastructure to distribute updates to its website and other platforms.

Other races included in the deal were the Sydney Offshore Newcastle Yacht Race and Sydney Gold Coast Yacht Race.

Subscribers pay an up-front fee to receive text messages and can customise the frequency of updates (for instance, every four hours is the default) and which division to follow, Banek said.

Income from the SMSs sent will offset BlueCentral's hosting costs that were charged at commercial rates, he said.

Banek said the Sydney to Hobart website attracted up to five million visitors during past races but this year many of those would choose to receive news through SMS.

"In previous years capacity wasn't there," Banek said. "I was one of the punters who went to the website and you couldn't access it because it was slow."

The mobile phone short-message service was chosen over emerging platforms such as Twitter. in big part because the enthusiast demographic tended to be older, he said.

Banek said many yachties "head up the coast' at Christmas and have found it difficult to follow the race.

Banek said he was finding greater demand for merged digital marketing platforms backed by hosting providers schooled in availability. Although the race takes place after the busy pre-Christmas rush and wouldn't tax bandwidth, other infrastructure such as servers were still "stumbling blocks", he said.

BlueCentral used VMware virtualisation technology to manage its servers such that resources can be turned on "as needed".

"Our mobility product line is now backed by our accreditations and expertise in running high-availability, complex infrastructure solutions," Banek said.

Club chief executive officer Mark Woolf said the hosting company gave it the idea to distribute content to mobile phones "because not all of our audience are at their computer" during the race.