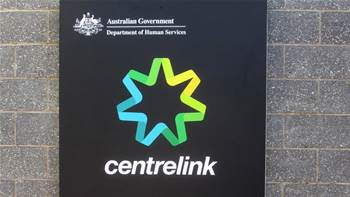 Calculation engine not yet delivered.

After seven years and more than $1.58 billion, Services Australia has officially reached the end of its massive Centrelink IT system overhaul known as the welfare payments infrastructure transformation (WPIT).

Since 2015, the agency has worked on replacing decades-old legacy systems like the country’s income security integrated system (ISIS), closed out at the end of last month.

But work on one of two major elements – the Entitlement Calculation Engine (ECE) – will quietly continue in the background until at least September due to unforeseen delays related to Covid and the recent floods.

The ECE solution, which is being delivered by Infosys on a Pega-based platform, is the result of almost three years of design and development that involved reimagining the existing solution and decoupling the business rules from ISIS.

It will be used to work out the entitlement eligibility of welfare recipients and how much to pay them, through an SAP-based ‘Payments Utility’ – the other major component that now makes up the WPIT program.

Infosys completed the first phase of the ECE build in September 2021 and, having proved the system could work in a non-production environment and scale, shortly thereafter began the program increment (PI)-1 phase, which was expected to be complete by mid-2022.

At that time, chief information and digital officer Charles McHardie said that approximately 50 percent of Centrelink program outlays (effectively welfare payments) would then be calculated in the new ECE, with additional payments to follow in the future.

But a spokesperson told iTnews that while “major progress has been made”, PI-1 had been delayed until September 2022, meaning the solution is not yet calculating financial and non-financial entitlements.

The spokesperson put the delay down to the “impacts of Covid on staff, and the surge of Services Australia’s workforce to process emergency flood and Covid payment claims” over the past few months.

“At this stage, approximately half of Centrelink program outlays are due to transition to the ECE capability,” the spokesperson said, without commenting on plans for the remaining 50 percent of outlays.

It is also unclear when – or even if – the legacy ISIS system will be decommissioned, with Services Australia planning to run it alongside the new ECE in “comparison mode as part of rigorous assurance testing”, at least initially.

Delays to ISIS’ decommissioning were previously highlighted by the Australian National Audit Office as a risk to “one of the original objects of the WPIT program” and also negates “realisation of all the expected benefits”.

While work on the ECE continues, the Payment Utility is now being used for “more than 90 percent of Centrelink payments”, marginally up from "almost 90 percent" in mid-2021, as previously reported by iTnews.

The S/4 HANA platform – which delivers payments in real time via the New Payments Platform – has been rolled out progressively since July 2019, starting with the Tasmanian Freight Equalisation Scheme.

Use of the system ramped up significantly in September 2020, when the parenting allowance became the first Centrelink payment type to be delivered through the platform, and then again with the age pension in November 2020.

As at the end of last month, the platform had “delivered more than 280 million payments worth over $154 billion”, with the spokesperson lauding it as “essential in providing emergency support to Australians... during the pandemic and natural disasters”.

Other improvements have been delivered to staff systems, with staff now using a “single processing system utilising SAP CRM” to complete all new Centrelink claims tasks, which has “reduce[d] administrative burden”

Exactly what percent of ISIS has fully transitioned to the SAP CRM and Payment Utility is unclear.

In September 2020, the national auditor said 39 percent of ISIS was expected to have transitioned to the SAP CRM and Payment Utility by the end of June 2022.

WPIT-related business and technology improvements also delivered the “ability to complete an end-to-end claim online without visiting a service centre”, critical functionality that allowed individuals to claim from home during the pandemic.

“These online claiming improvements alongside processing system upgrades allowed us to deliver billions of dollars in emergency payments through the Covid-19 crisis and emergencies,” the spokesperson said.

“These figures were unmatched in the history of the welfare system, and far exceeded what our payment systems could deliver before the WPIT program.”