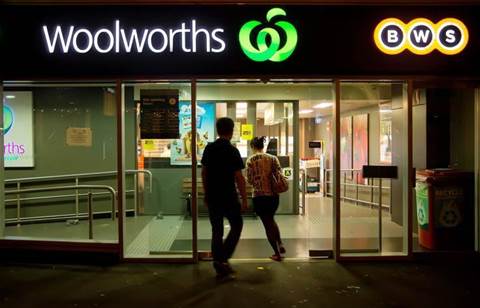 As it hires 20,000 casuals to cope with logistics.

Grocery behemoth Woolworths has gone into overdrive to prepare its online delivery network for what many believe will be a protracted national lockdown because of the COVID-19 pandemic, with chief executive Brad Banducci revealing the retailer is trying to hire 20,000 casuals.

Revealed this morning, the epic hiring round will literally put boots on the ground to deal with a huge anticipated surge in online orders now understood to be being manually prioritised under Woolworths' plan, with eCommerce hiring staff listed as part of the emergency push.

“As we do this, we will have more hours for existing team members and additional roles to fill as we focus on meeting the needs of our customers and communities,” Woolworths chief executive Brad Banducci said.

“These new roles will not only help us better serve the increase in demand we’re seeing in stores right now, but also allow us to scale up home delivery operations in the months ahead.”

The triage of Woolworths already very large online ordering and fulfilment network to keep it running is an epic feat, not least because the system was never really designed with having to serve the whole of Australia all at the same time.

Prior to the arrival of COVID-19, most major grocery online orders only made up around four to five percent of sales value, with the online systems of both Coles and Woolworths shuttered to regular, non-prioritised customers after they failed to cope with the broader surge in panic sales.

Last week UBS estimated that grocery sales were up 25 percent year on year just on the back of the recent buying surge alone.

But a lot has changed since then, not least the Australian Competition and Consumer Commission green-lighting usually banned collaboration between Woolworths, Coles, Metcash and ALDI.

The move means the retailers will be able to better coordinate the distribution of stock across their physical and online networks.

Yesterday Woolworths revealed it had slashed trading hours across 41 stores around Australia, with affected stores only opening from 11am to 6pm “to support prioritising the delivery of groceries to the homes of vulnerable customers.”

Dubbed ‘Priority Delivery Hubs’, the designated stores have essentially been turned into crisis online fulfilment depots and will use their extra retail downtime to pick and pack orders.

“These 41 ‘Priority Delivery Hubs’ will use the additional hours the stores are not open to customers to pick online orders, with a focus on meeting the increased demand from ‘Priority Assistance’ customers which includes the elderly, people with disability, those with compromised immunity and people in mandatory isolation,” Woolworths said in a statement.

Woolworths currently operates around 1000 supermarkets and food sites across Australia, so there is clearly some headroom left in the Priority Delivery Hub model.

Woolworths arch rival Coles is also pivoting to ramp up online efforts after it also shuttered its web service, saying this week it will have its Coles Online Priority Service up and running next week.