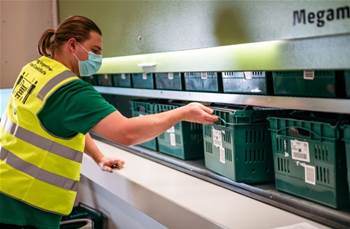 Wraps up migration and modernisation program.

Woolworths Group has finished migrating its SAP ERP central component (ECC) 6.0 environment, one of the largest in the region, to run on Microsoft’s Azure cloud.

The retailer announced its intentions to do so back in July 2020, and said the move would create a long-term upgrade path for the company to the newer SAP S/4 HANA core.

Production cutover to SAP ECC on Azure occurred in October last year, within an outage window of about 17 hours, Woolworths said today.

“This included one of the biggest SAP environments in the region, which is used to support Woolworths Group’s business processes across its retail capabilities as well as finance functions,” a case study, published today, notes.

“These applications support Woolworths Group in a range of tasks, from the ordering of goods and management of inventory, to getting groceries in the hands of customers.”

A combined team of more than 200 people were involved in the program, sourced from Woolworths, Microsoft, SAP and long-term technology partner TCS.

Woolworths said it had also “redesigned its disaster recovery capability” as part of the program of work, and run compression on its SAP data to halve the amount of storage space it requires.

“The SAP migration to Azure is another milestone on our cloud transformation roadmap,” CIO and director of group enablement John Hunt said.