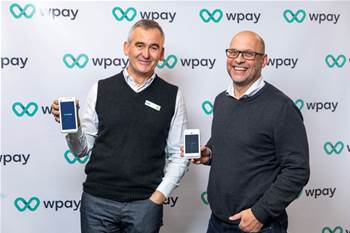 Woolworths is set to offer a cloud-based payments platform to other Australian merchants on an as-a-service via a new standalone payments business unit, Wpay.

Wpay will sit as a new unit within WooliesX, the retailer said on Wednesday, just days after advertising for a head of digital technology for the Wpay business.

Woolworths said Wpay will “draw on Woolworths’ national scale and capability in payments” to offer Australian merchants an end-to-end payments and commerce platform.

More than 1.3 billion transactions worth more than $50 billion are currently processed by Woolworths annually, making it the fifth largest processor of card payments in Australia.

“We believe there is value in extending the benefits of the investments we’ve made in our payments platform to other merchants who may not have the scale to build it themselves.”

The as-a-service payments platform is expected to support both in-store and digital payments, as well as payment services like transaction processing at scale and fraud management.

While Woolworths-owned service station business EG is already using Wpay, and liquor offshoot Endeavour Group  is also set to join when it seperates later this month, it is not clear how much work needs to take place before the platform is offered elsewhere.

In a job ad for a head of digital technology this week, WooliesX said, “Wpay is building the next generation of payments and gifting solutions for Australian and New Zealand merchants”.

The head of technology is expected to work with Woolworths’ “partners to develop a leading edge platform that will best in class with today’s technology but built for the future”.

A spokesperson told iTnews that the platform – which Woolworths has been building since 2007 – is underpinned by multiple technologies from Hewlett Packard Enterprise, Google and Microsoft.

Woolworth also revealed that existing general manager of fintech Paul Monnington has been tasked with leading Wpay – which is still in the development phase – as its inaugural managing director.

Monnington, who has previously worked for NAB and Oracle, has led the retailer’s financial services for several years, including the development of its Scan&Go technology.

Scan&Go allows Woolworth’s loyalty program customers to scan and pay for items using their smartphone at 28 stores around Australia, more than half of which are in NSW.

He added that – aside from payments – Wpay is looking forward to partnering with merchants to help them integrate “gifting, loyalty and direct marketing platforms to engage customers”.

Woolworths also said that the Wpay team will look at “new ways to help customers pay digitally in-store in the months ahead”, though did not elaborate.

“Payments are an increasingly important part of the shopping experience both in-store and online and we bring unique expertise to this space as retailers,” Banducci said.

“We’ll continue to invest in our platform to unlock the best possible experience for our stores and merchant partners.”