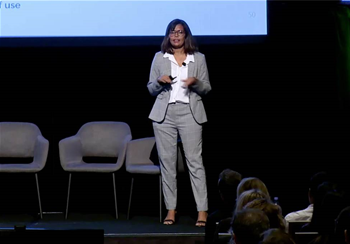 Kicks off first project, hunts out more use cases.

WooliesX is embarking on its first use of predictive analytics to personalise the way it connects with customers in the future, using data to guess what might next be useful to that person.

Head of digital analytics Rolee Satyam declined to disclose specifics of the use case at ADMA’s Data Day 2019 earlier this month.

But she used the event to broadly lay out her thinking around personalisation in general, some of which is likely to flow into the approach adopted by Woolworths.

“In Woolworths, we have just embarked on that [predictive analytics] journey and we have started doing something I can’t share right now,” Satyam said.

To date, it appears Satyam’s team has been approaching various parts of Woolworths to understand how they would like to improve personalisation in the way they connect with customers.

“What we have been trying to do is connect with the different stakeholders or different team members in the business and explain the narrative with their lens,” she said.

“We can get the cut-through only when we understand where that person is coming from, understanding the context behind [what it is they want to do].”

Satyam said that her team was looking for “unicorns” that would be impactful enough to get stakeholders to buy into the business case for broader adoption of advanced personalisation strategies.

She noted that data and analytics would “play a key role” in personalisation.

Woolworths has recently upgraded its data infrastructure, and improving personalisation was a key driver for that project.

Satyam’s team’s remit is to support and drive the “optimisation of customer experience across all of the digital assets that WooliesX owns, which [covers] grocery, financial services and rewards, including apps.”

iTnews reported last year that Woolworths wanted to use in-store beacons to prompt users to make purchases, though it appears thinking on this has since evolved.

Satyam said that personalisation, if done right, should help drive business KPIs such as increased sales, though this shouldn’t necessarily be explicit in communications.

“Personalisation should be used to create a connection to the customer, not to sell stuff because selling stuff will automatically happen as an outcome if we do it right,” Satyam said.

“All the business KPIs will eventually happen if we get personalisation right”.

Satyam raised what she called “adaptive personalisation” as a kind of end goal for any company wanting to create more personal connections with customers, and that appeared to include Woolworths.

“Adaptive personalisation predicts the content and experience a customer is looking for before and during an interaction, so this is something you have not done but based on a series of events you have done, I’m going to recommend something you may like,” she said.

“So for example, let’s say that if I have Googled health recipes or searched for gym locations, and then when I go to a Woolworths website - it’s not happening right now, by the way -  Woolworths should recommend me health-conscious products.

“Since I have done something before, you are taking that into consideration and predicting my need.”

Satyam said artificial intelligence would play a role in turning that kind of vision into a reality.

“For companies as big as Walmart or Woolworths, there’s too many variables, customers and things the company needs to consider,” she said.

“That’s where the AI and machine learning becomes really important.”