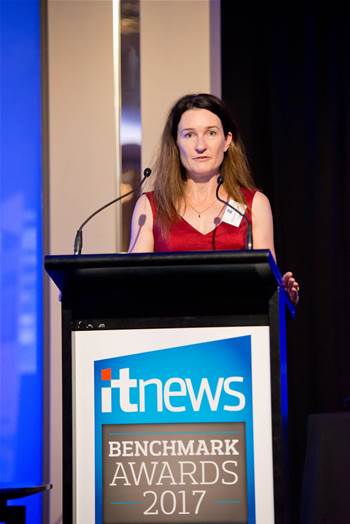 His team's experiments with the burgeoning technology have made Woodside one of the enterprises to watch for guidance on how to succeed in the field.

Gregory kicked off his efforts with a cognitive system that let staff delve into 30 years of data through one interface. He has since grown his cognitive instances to 12, encompassing everything from human resources to geotechnical data.

The team has also built a virtual avatar that staff can ask for help searching data across all the oil and gas giant's enterprise systems.

Judges commended Gregory for his courage taking advantage of the nascent technology, and for cementing Woodside as a leader in the field.

Accepting the award on behalf of Gregory was data science manager Shelley Kalms.

"This award could not have been possible without the passionate, collaborative, innovative team that we have got," Kalms said.

Gregory managed to edge out worthy rivals in an extremely tight category. Rob Downing from Hanson Australia scored a finalist spot for his work turning a complex materials science problem into a powerful algorithm, and Qantas' Chris Taylor was recognised for the airline's multifaceted migration to the public cloud.