Windows 10 to launch in seven editions 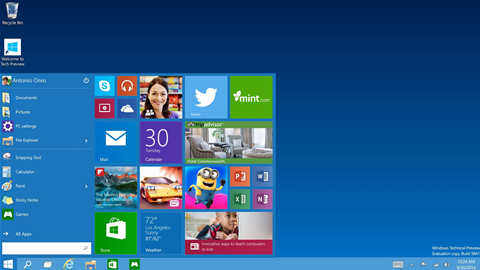 Microsoft will release seven editions of its upcoming Windows 10 operating system, today opening the versions as public previews for testing.

Customers of the volume licensing program will be able to use the recently announced Windows Update for Business, which allows larger companies to roll out new features and technology at their own pace.

Enterprise customers can also choose to deploy the new 'long term servicing branch' of Windows 10 for mission-critical environments. This provides only security updates, and no additional features, Microsoft said.

Software Assurance customers can also upgrade to Windows 10 if their subscriptions are active.

Microsoft is hoping businesses will turn to WIndows 10 Mobile Enterprise for portable devices such as smartphones and smaller tablets.

The two enterprise editions will also show up in other business scenarios, such as deployment in automated teller machines, handheld terminals and point of sales devices, as well as industrial robotics.

Microsoft is also going for the embedded market, targeting developers with a slimmed down version of the new operating system called Windows 10 Internet of Things Core.

Windows for the home

Consumer and home users are being offered Windows 10 Home and Windows 10 Mobile. These will be integrated and able to share data and connectivity, in a similar fashion to Apple's OS X and iOS desktop and mobile operating systems.

To entice users to upgrade their existing operating systems, Microsoft is for the first time offering free, full versions of Windows 10 Home, Windows 10 Mobile and Windows 10 Pro as upgrades to current customers.

Users must be running Windows 7, Windows 8.1 and Windows Phone 8.1 devices that upgrade in the first year after launch, to qualify to receive Windows 10.