Why Service Victoria doesn't want to be a digital trailblazer 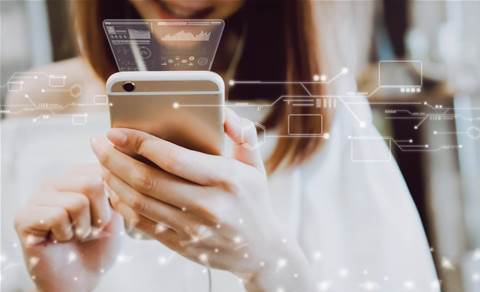 He points to user research with around 3200 Victorians from the agency that puts this down to “taxpayers instinctively know[ing] that they’re paying”.

“We know from our own research, we don’t have to be as good as the private sector,” he told the CeBIT conference in Sydney this week.

“We just don’t have to be as bad as the public sector.”

Whitelaw has the difficult job of centralising service delivery in Victoria to grow the one percent of government transactions that can currently be completed online.

After being set up three years ago, Service Victoria is fast moving towards its reimagined vision that uses a platform approach to place the customer at the centre.

It received an $81 million investment from the state government in 2017 to turn around the state’s slow start to digital transformation.

With the help of Deloitte Digital, the agency is building a technical foundation that consists of a Salesforce CRM, a Sitecore front-end, AWS hosting, and Experian’s address validation tool.

“As laggards we got to sit back and think about this in a slightly different way,” he said.

"What if we designed government around the public and just presented the view of government that I, as a citizen, actually need?"

However, according to Whitelaw, a key difference between Service Victoria and a private sector organisation is that citizens just want government services that keep up with their expectations.

“They [citizens] don’t want a platinum service, they just don’t want it to be horrible,” he said.

“We know that with government transactions most of them - if you take out public transport - aren’t very sticky, so its not like we need a loyalty program of returning customers.

"A lot of the most difficult transactions such as renewing your driver's licence only happens once every five years.”

At last count there were currently an average of 16 transactions where citizens have to provide the same information to agencies.

Almost 540 different websites, which have surfaced over the past 20 years, also remain active across the state government.

Service Victoria has initially chosen to focus on transforming key government services from what Darren describes as a “gigantic” undertaking.

“How do you eat an elephant? One bite at a time," he said.

“There’s 2000 different services or transactions that people can do with the Victorian public sector.

“We’re starting off with high volume transactions and high risk transactions to prove that we can do it, that our platform won't fall over, and that we can serve the customers with value before increasing growth.”

The platform is currently in a public beta phase, with access currently restricted to trial participants that the agency can "turn the dial up and turn the dial down" for.

It allows citizens the convenience of storing details on the platform to avoid filling out information, or alternatively the privacy of transacting as a guest.

“If you don’t want government to store this stuff then we blow it away at the end of the transaction," he said.

"We don’t keep any of that other customer data - we’ll keep a record so you know you’re rego has been paid - but won't store that information for future use.

This has been achieved by "pok[ing] a hole between silos" and creating the system of record in agency legacy systems.

This led the agency to find areas where it could double up on transactions, while avoiding the creation of a honeypot for hackers, he said.

“Until we started to look at the data that was housed separately in other parts of government what we found was that 52 percent of people who have registered a boat in the last 12 months have also bought a fishing license,” he said.

“But government sector hasn’t thought about it that way. So the idea is renew your boat. Would you like a fishing licences with that? Thank you, I would. Thats the fries with my order.

“What we’ve done is avoided a future transaction cost by dealing with that transaction all at once.”

A full scale launch is planned once the agency hits "various milestones and readiness scale".