Whirlpool broadband survey says no to Telstra next gen Internet 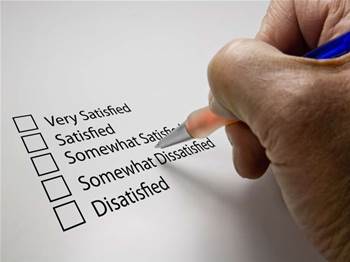 Conducted over four weeks from 31 December 2007 to 1 February 2008, Whirlpool's 2007 Australian Broadband Survey collated the input of more than 17,000 broadband subscribers.

Of those respondents, a mere 5.7 percent supported a Telstra-led next generation infrastructure build (such as fibre-to-the-node). The G9 consortium, which is made up of Telstra rival telcos such as Optus and iiNet, fared slightly better with support from 21.4 percent, but fell well behind support for a Government led build which raked in 51.9 percent of the vote.

The statistics in favour of a Government-backed infrastructure build were reflected in the 69 percent of respondents that felt people in regional Australia should have the same broadband access as people in metro areas.

Unfortunately for the Government, its plans for ISP level Internet filtering did not prove as popular with around three quarters of respondents shunning the idea.

Among its other key findings, the survey revealed that for the first time since questioning the value of broadband in Australia in 2005, people on average thought value has degraded. Although 16.8 percent said value had improved, 49.6 percent felt it had remained the same while a significant 30 percent felt it had gotten worse.

The value stakes were reflected in the rising dissatisfaction levels of customers who were hit with broadband plan price increases in the last year. Internode which significantly raised its broadband prices in 2007 had its customer satisfaction rating dive 25 percent compared to last year.

Whirlpool issued a disclaimer with the results warning readers to keep in mind that those surveyed largely represent the views of informed opinion leaders and informed consumers as opposed to regular broadband users.

Full results from the Whirlpool survey can be found here.
Got a news tip for our journalists? Share it with us anonymously here.