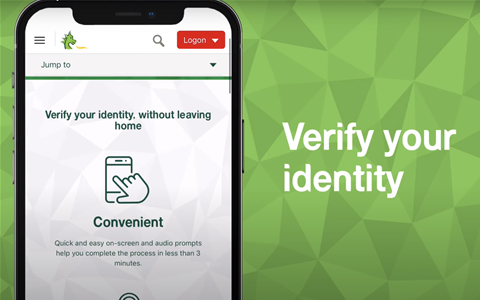 Following a successful trial with its St.George Bank brand.

Westpac is in the process of making smartphone-based identity verification an option for customers of all its banking brands, following a successful trial with St.George Bank.

The group is using digital identity verification technology from Sydney-headquartered OCR Labs, which captures images of a physical identity document and then still images and video of the person, and matches them.

Such technology is increasingly being used in the financial services sector worldwide to verify the identity of people remotely, meaning they no longer need to attend a branch or other physical space to perform a 100-point identity check.

Westpac’s customer service hub (CSH) general manager Tim Whiteley revealed plans to use “biometrics for customer identity” for mortgage applicants in a recent episode of the bank’s ‘Tech in 10’ podcast.

The CSH, a previous iTnews Benchmark Award winner, is being used to revamp end-to-end processes across the group, with home lending and mortgages the first target.

“The mortgage process is very complex and therefore it’s been slow to be digitised,” Whiteley told the podcast.

“But with Covid coming, the world’s jumped forward probably five-to-seven years in the past year, so that demand to get a truly digital experience around mortgages is there, and that’s what we’ve been driving to deliver.”

The new digitised process covers every step from application to settlement of the loan. Lenders are still able to be called upon for advice or guidance, but all steps can be initiated electronically.

Three months ago, the 10,000th customer home loan was settled digitally. iTnews now understands the number is 15,000, highlighting the growth trajectory of the digitised process.

“Even on the first day, 20 percent of our mortgage applications were coming through the digital channel,” Whiteley said.

“We expect that to continue to pick up as we launch and offer that to customers more directly.”

So far, the digitised platform has been used only for first-party loans through Westpac Group’s own lenders, but the bank is “now starting the process of bringing brokers onto the platform as well.”

In addition, further improvements to the end-to-end home lending and mortgage process are also being worked on.

Whiteley told the podcast that future enhancements to home lending and mortgage processes that were already revamped with the CSH would cover “AI and biometrics to truly make it possible for us to service customers much more virtually.”

“So we are now introducing biometrics and AI through chat to help create that experience for customers.”

VOI using biometrics is an extension of changes introduced during Covid-19, where the bank allowed virtual verification of identity via videoconferencing, though if is understood there were still some customers that needed to complete VOI in a branch, depending on individual circumstances.

In the future, it will be possible to perform VOI across Westpac Group’s brands for a range of financial products entirely via a smartphone.

The results of early trials suggests the technology can handle the majority of VOI checks.

So far, Westpac has trialled the VOI biometrics solution on its St.George Bank branded app, allowing customers to identify themselves to Westpac’s VOI standards using a smartphone.

During the trial, it is understood that 95 percent of customers who were offered the biometrics option chose to perform VOI digitally and were able to complete this step in less than three minutes on average.

The trial results were considered strong enough to establish a business case to run smartphone-based VOI across all of the Westpac Group brands, though the exact timeline for this remains unclear.

The identity of the technology provider - OCR Labs - is revealed in a screengrab of terms and conditions of use of the St.George Bank service, which is branded 'Smart Verify'.

The terms also state that OCR Labs "will only hold your information for 20 days and then they will safely destroy it."

"We will keep a copy of your personal information for our records," St.George Bank added.