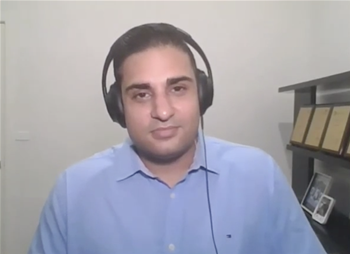 Can scale up capacity in seconds.

Westpac is building automated support capacity into key customer-facing operations and processes that can be “scaled up in seconds” to meet surges in demand for assistance.

Head of robotics and intelligent automation services Abhi Kadian told a Blue Prism World Transform conference that the bank is still only "scratching the surface" with automation.

Kadian said that Westpac started out deploying Blue Prism around three-and-a-half years ago in backoffice support functions like finance and human resources.

“It was kind of just seen as helping to remove some of the manual tasks more from the backoffice part of the organisation, and free those people up so they can focus on supporting more complex work and things that are more [suited] to human decision-making,” Kadian said.

Over time, as Westpac’s exposure to the technology increased, its use had evolved from “non-core to core” processes, or with core being akin to customer-facing parts of the bank.

“We realised we could actually use this stuff to complement our human workforce, especially when you’ve got surges in volumes, whether that be in insurance or due to Covid or hardship,” Kadian said.

“Humans can’t scale up in seconds to meet this demand, and a virtual workforce can really help.”

Kadian said the pandemic - and the sudden pressure on banks to triage anomalous volumes of hardship requests - was the “catapult-type event” for robotics and intelligent automation within Westpac.

The bank previously said it doubled its use of software robots in a year as a result of the pandemic.

“We were able to deliver 400,000 transactions for customer relief in 2020, which were all around pausing or deferring payments, issuing debit cards, processing refunds, or restructuring loans,” he said.

“We were able to do a lot of this stuff in just a few months, and as a result, that delivery, execution quality and impact cut through across the organisation.

“Many senior people across the organisation have become aware [of our capabilities], and all of a sudden we’ve never had to go searching for work. It now organically comes through to our teams.”

Insurance claims processing had become another “widely celebrated” use case for the technology at Westpac.

“We had automated the processing of a claim once a customer had lodged that online or over the phone, and lo and behold a few weeks later we had some major floods,” Kadian said.

“What usually happens in that scenario is it’s a crisis - the operations teams are calling their adjacent teams to help, everyone’s on the phone, there’s long wait times, and ultimately a bad customer experience in a critical moment. They’re calling us because they need help.”

In this instance, however, Kadian said Westpac had “digital workers ready to go, ‘on the bench’” and they were quickly brought online to deal with the higher volume of claims.

One reason they were ready to go was due to the way Westpac approached intelligent automation projects, building capacity for what they believe would be the worst-case scenario for the process or function.

“When we automate something, it’s with a view of what the maximum possible volume could be,” Kadian said.

“We make sure we’ve got those robots ready to go for that when that does occur.

“[In the floods], we went from two or three digital workers up to 10. They worked 16 hours a day, seven days a week.

“We were able to process the claims as they came in.

“What that ultimately meant - and we got some great feedback from customers and our head of insurance - was that Westpac customers ended up having tradespeople in their homes sooner than their neighbours who were with other providers did, just because we were able to meet the demand better.

“Something like that would not have been possible without a digital workforce and without that collaboration with the business.”

Kadian credited a collaborative working relationship with the broader Westpac business, as well as technical skills, for the bank’s success with automation and “virtual workers” so far.

“If I look back to when we first started, some of the first people I hired into the team had been doing automation for five or six years,” he said.

“They had seen the battle scars, had been through the failures, and at a technical level were able to sniff for something that was going to be bad in production.

“There’s no faster way to close down an automation program than material issues in prod, so I think having that foundation of really strong technical talent put us in great stead.”

The bank is also developing a pipeline of automation talent through its graduate programs, which now include an official automation stream

“One of the things that’s been really successful is getting tech graduates in, because they end up staying on,” Kadian said.

“Within a six month rotation, they become trained in Blue Prism and the other automation tools, they then become certified and have had a few projects experience, then we end up hiring them. It’s become this really nice hunting ground.

“It’s been so successful that we’ve now got our own specialist grad program for automation, which is really amazing, especially considering we only started a few years ago.”