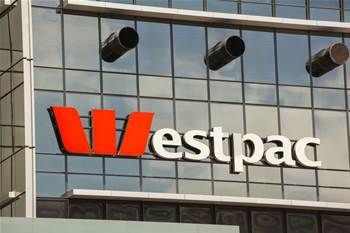 Promontory released its fifth quarterly report [pdf] on Wednesday stating CORE's “overall status moved from green to amber”, due to “scheduling uncertainty and the risk of disruption and …organisational changes.”

The report added “the program nevertheless remains on track” and the design stage has created “solid foundations” for Westpac to “address the root causes of its shortcomings” in the next program phases.

Promontory was appointed independent auditor to assess Westpac’s, project delivery since the bank entered into an enforceable undertaking (EU) with the Australian Prudential Regulation Authority (APRA).

During its first half year results in May Westpac CEO Peter King told investors Westpac had largely finalised the design phase leading to the bank to “shift to the ‘embed phase’ where we have to demonstrate the sustainability of the changes we're making.”

In the bank's internal publication Westpac Wire, Papanikolaou confirmed the CORE program is on track adding that while aspects of the program are complete, it’s still an evolving process.

“Although we will complete the activities – the design of the new systems, the processes, frameworks, the tools, and the policies for a better risk culture – it will be an ongoing process of monitoring and course correcting where we see the things are not embedded appropriately.

“CORE is helping us become a better organisation,” Papanikolaou added.

Papanikolaou was appointed in March to head Westpac’s CORE program, taking over from Les Vance, who is set to leave later this year.

As part of her role Papanikolaou also took over responsibility for Westpac’s major change and investment programs.

She will also be strengthening her team with a major priority to continue Westpac’s work to “get better at executing, relentlessly”, overhaul systems and develop its talent pool.