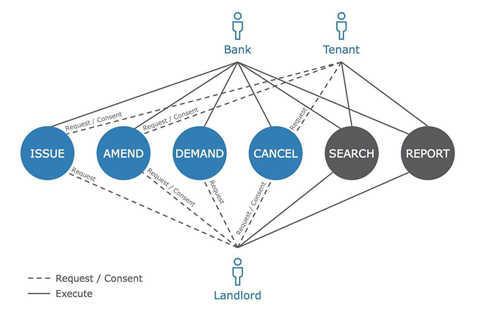 Westpac and ANZ have built a small-scale proof-of-concept for a blockchain-based system to replace paper bank guarantees for commercial property leases, which they hope will be broadly adopted by the finance industry.

Their proof-of-concept focused specifically on bank guarantees for commercial property leasing in an effort to prove the feasibility of the technology in a short period of time.

However Westpac and ANZ say they expect blockchain technology to be applicable to broader bank guarantees.

They claim distributed ledger technology (DLT) has the potential to remove a number of inefficiencies from the management of bank guarantees, like the costs, risks, and delays associated with physical document management, as well as tracking and reporting on the status of guarantees.

A lack of standardisation between banks around the terms of guarantees, which can vary from landlord to landlord, also adds complexity to negotations and requires manual effort to resolve.

Using an industry-wide distributed ledger would enforce standardisation, making negotiations easier and faster for all parties, the banks say.

However, for the benefits of this new technology to be realised, Westpac and ANZ say the move cannot be made in isolation.

"The changes required are pervasive and will require close collaboration between competitors, regulators, consumers, technologists, and the legal community in order to achieve a suitable solution," the banks wrote in their whitepaper [pdf].

"As with most DLT solutions, the full benefit will only be realised through broad industry adoption."