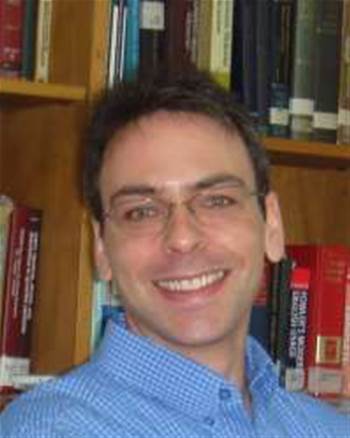 The University of Western Australia has taken the Pople supercomputer into service and will use it for computational chemistry, biology and physics, including the study of the recently verified gravitational waves.

The cluster is named after Sir John Pople, an English theoretical chemist who shared the Nobel Prize in Chemistry with American theoretical physicist Walter Kohn in 1998 for developing computational methods in quantum chemistry.

Assistant professor Amir Karton at UWA's School of Chemistry and Biochemistry told iTnews the high-performance computing (HPC) cluster was designed by the university's Faculty of Science to meet specific requirements by researchers.

Thanks to Pople, researchers who previously had to turn to national supercomputers can now run their workloads locally, he said.

Perth geoscience company DownUnder GeoSolutions chipped in with a large amount of Intel Xeon processors - Pople has a total of 2316 compute cores, 7.8 terabyte of main memory, and 154TB of local storage - helping keep costs down for the university.

"A ballpark figure would be $250,000," Karton said when asked how much Pople cost in total, less the donation from GeoSolutions.

Head of GeoSolutions, Dr Matthew Lamont, said the donation was an investment in the future for his company.

The compute node and server Xeon processors are of different types, Karton said, with the user and system storage being a shared network file system (NFS) service with 10 gigabit per second Ethernet interconnections.

Pople is designed to be upgradable, Karton said.

"Certainly, the cluster was designed to scale with the increasing computational requirements of the faculty," he said.

"In particular, it was designed to incorporate varying hardware specific to purpose, for instance Intel, AMD, in different memory and disk configurations.

In terms of power usage, Karton estimates the Pople cluster consumes around 14 kiloWatt.

Pople has been benchmarked with standard computational chemistry software and "has similar performance to the National Computing Infrastructure cluster in Canberra," Karton said.