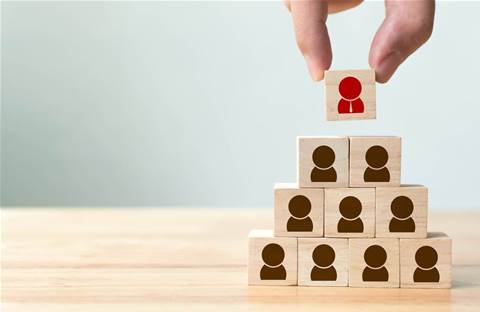 Minister for Innovation and ICT Dave Kelly announced the appointment of the public service stalwart today, four months after the state went looking for a “high calibre” leader.

Italiano replaces former government CIO Giles Nunis, who called time as the head of the then Office of the Government Chief Information Officer (OGCIO) in February to move to Deloitte.

The incoming government CIO has spent the last year-and-a-half over seeing the digital transformation of the state’s Department of Justice as executive director, corporate services.

He has also worked as the Department of Corrective Services’ special projects principal director and as the executive director on the Perth Children’s Hospital project.

Italiano will lead the government’s newly renamed Office of Digital Government – a "discrete" business unit within the Department of Premier and Cabinet that has replaced the OGCIO.

He will have carriage of the state’s digital reform agenda, which remains focused on improving online service delivery, reforming ICT procurement and developing a strong “culture of data protection and sharing”.

Agency information security practices and governance have been a recurring headache in the West, with the most recent probe by the state's auditor calling out a catalogue of deficiencies.

Bringing agencies together and getting them to lift their governance game is widely anticipated to be a priority for Italiano.

Kelly congratulated Italiano on his appointment as the state’s new government CIO, noting his “proven track record as a collaborative leader, and demonstrated experience bring strategy, technology and efficiency together”.

"The McGowan Government is committed to efficiently and securely delivering world-class services, and a public sector enabled by technology is fundamental to that vision,” he said.

"I look forward to working with Mr Italiano in bringing leadership to this important area of public sector reform."

Italiano will commence on December 17.