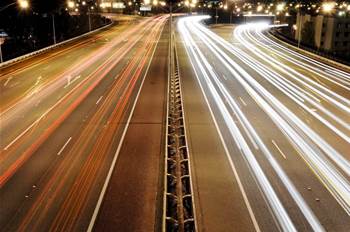 To set up GovNext jump.

Main Roads Western Australia will merge its two main IT outsourcing deals in preparation to shift parts of its IT environment to the state’s transformed IT buying regime GovNext.

The agency revealed the plans as part of a refresh of its IT infrastructure services and systems development, enhancement and support services contracts.

Main Roads has had its outsourced infrastructure services provided by Empired for the last decade, including IT support desk, infrastructure management and remote monitoring of network and application availability.

The current deal is worth $50 million over five years and expires at the end of October.

With both contracts set to expire shortly, Main Roads has begun searching for a new partner to provide both its IT infrastructure and systems services from February 2019.

The decision to merge the two contracts into a “single outsourced contract” will allow the agency to progressively transition some of the services covered by the contract to the GovNext-ICT reform initiative.

GovNext was introduced by the former Office of the Government Chief Information Officer in 2016 to move the state away from being an owner-operator of IT.

Main Roads said it would decide which services are to move during the term of the contract, but that “internet and gateway services” are anticipated to be first off the blocks, followed by “a move to a manage network service (both WAN and LAN for the corporate domain only)”.

“Applications and other services will be assessed and transitioned on a case by case basis, with some staying on premise, some moving to Microsoft Azure and others potentially being hosted by GovNext or other service providers,” tender documents state.

As such the new contract is “designed in such a manner that services ... can progressively be transitioned to GovNext arrangements when timelines are more defined, whilst still preserving an outsourced contract of sufficient economies of scale for those services which do not form part of GovNext-ICT”.

The new outsoucing partner will be required to oversee core services like infrastructure and application support services, as well as provide support for project work such as implementing or upgrading applications and IT infrastructure or supporting the transition to GovNext-ICT.