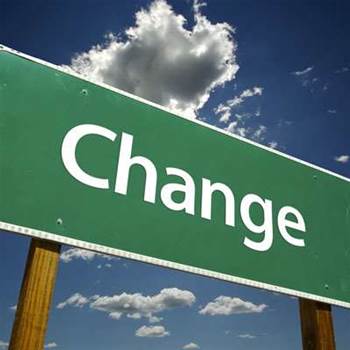 The West Australian government has taken the first steps in a massive program of work to transition the public service from an owner-operated IT model to a consumption-based approach, in an attempt to restore the fortunes of the state’s long-suffering technology environment.

Several years of criticism by the auditor-general for its IT management prompted the state government in September to give WA IT a shot in the arm by hiring its first-ever whole-of-government chief information officer.

The inaugural appointee, Giles Nunis, has been tasked with ensuring the state’s $1 billion annual IT expenditure respresents value for money and reduces the state's risk profile.

Nunis and his team are currently working on WA’s first whole-of-government IT strategy ahead of its scheduled release early next year, with a focus on cost savings and efficiencies.

The government wants to recoup $110 million of IT expenditure over the next four years.

It is starting with infrastructure, this week releasing the first tender in the GCIO-led overhaul to unshackle the state from its IT infrastructure.

It is expected to formally introduce a consumption-based model for IT procurement in late 2016, however specific details of its policy are unlikely to be revealed until the government releases its official IT strategy.

Nunis and his team want to sign up partners to a five-year head agreement across whole-of-government that will cover compute, storage, and a unified communications network-as-a-service.

The government expects to sign the agreement before July next year. The deal will have a five-year extension option, and will be managed by a yet-to-be-established government service brokerage unit.

Rising from the ashes

At the moment, individual agencies each have their own independent arrangements for buying and operating IT.

This has led to the duplication of infrastructure - a lot of which isn’t used, according to the WA GCIO’s office.

Agencies generally own and run their own computer rooms or data centres, incurring both capital and operational costs.

While internet connectivity is provided for around 74 agencies by state service provider ServiceNet, other agencies have their own arrangements with suppliers.

Similarly, the government campus network provides voice and data to a handful of agencies physically located near the network, but again, most departments sort out communications with carriers on their own.

This means the government spends around $18 million each year on phone calls - a lot of which are to and from colleagues in the public sector.

The WA government admits there is a lot of waste in its current approach to IT.

The project is intended to leverage the private sector’s ability to provide flexible cloud-based compute, network and storage infrastructure services that match demand with capacity.

It has the support of the state cabinet, and it is expected that most WA agencies will transition to the head agreement after it is signed.

The founding pillars of the effort are to provide:

Under the program, more than 60 data centres and 450 racks will be consolidated down to a “small number” of geographically distributed facilities with redundant, high-speed connections.

And the new state-wide GovNet will serve as the single virtual network for the public sector, consolidating the use of voice, data and unified communications into a consumption-based service model.

“Whenever I talk to directors general and chief executives in government about starting an IT project, the first thing they say is ‘I need money for new servers’ or ‘I need to extend the network’. They haven’t even started the project yet," GCIO Giles Nunis told iTnews in October.

Taking away the infrastructure question would mean departments are no longer stuck simply keeping the lights on.

“At the end of the day I am really interested in trying to take away that pain of infrastructure that really constrains the ability of government to deliver services in a better way.

“If I take that away we can focus on the type of innovation we want to see in terms of how we transact with the community and cooperate across departments.”

It’s this mindset he’s hoping to instil in CIOs across the public sector.

Nunis' plan - once the infrastructure overhaul is complete - is to take his transformation efforts to the digital arena.

"It would be great if we had enough analytics and information in government that we could make decisions based on good cross-government data served up to our ministers and cabinet so they can decide on the next bit of major infrastructure we need to put in place, whether that is roads, trains or hospitals.

“One of the areas we are looking at is ways to manage identity and how we validate those going forward … part of taking that complexity out of transacting with government is not having to go to multiple places to do the same thing multiple times," he said.