W3C calls for help on HTML5 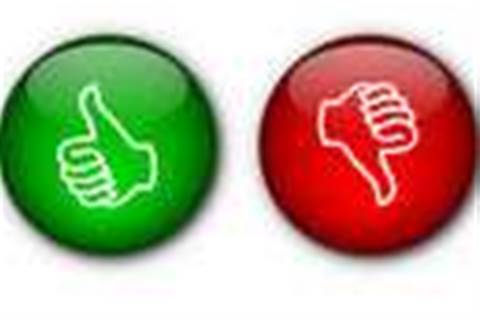 New HTML5 standard "not yet ready for production."

The HTML5 standard has been described as not being ready for production by the World Wide Web Consortium (W3C), the body responsible for developing it.

The W3C sent out a tweet today urging developers to join the HTML5 working group to help bring the browsing standard to maturity.

"Developers are key to furthering HTML5 adoption," it read. "Please do experiment, and foster interop by sharing your experience with the HTML WG [working group]."

Ever since the new standard for browser webpage design was first formulated, it has been surrounded by hype and controversy.

Much of the excitement around HTML5 derived from expectations it would be able to to embed video playing capabilities across various browsers in the near future.

Apple’s chief executive Steve Jobs was a great proponent of HTML5, and Jobs has been openly critical of Adobe’s Flash video browser add-in.

The W3C said that it will be two or three years before HTML5 is ready for full deployment. Philippe Le Hegaret, leader of the W3C Interaction Domain and responsible for HTML5 development, has been extensively quoted this week for admitting to video interoperability issues between browsers causing delays.

“I don’t think it’s ready for production yet. The real problem is: can we make it work across browsers? And, at the moment, that is not the case,” said Hegaret.

Remy Sharp, developer and owner of Left Logic in Brighton, has his doubts about full compatibility at any point in the future.

“How many times do we have to go over this? For the specification to be ‘ready’, it needs to be implemented fully in two browsers. I don’t think this is going to happen either soon or otherwise,” he wrote in his blog.

To support his doubts about cross-browser compatibility, he cited the case of the widely adopted Cascading Style Sheets (CCS) 2.1.

“This specification is ‘not ready’. It’s not implemented fully in any one browser. IE8 is missing one property and Opera (last I checked, so I could be wrong) is missing two properties. That’s the closest we get,” he stated.

Sharp went on to point out that HTML5 is similarly a toolkit and that some tools will never get used but others can be employed now.

“I’m asking you, the developer, to look at the technology that’s available to you and choose the solution that suits your problem best. If that happens to be an HTML5 technology, or a non-HTML5 API, or even Flash, you’ve chosen the individual, specific technology, not a ... buzzword,” he added.

Got a news tip for our journalists? Share it with us anonymously here.
Copyright © ITPro, Dennis Publishing
Tags:
for html5 not production ready software