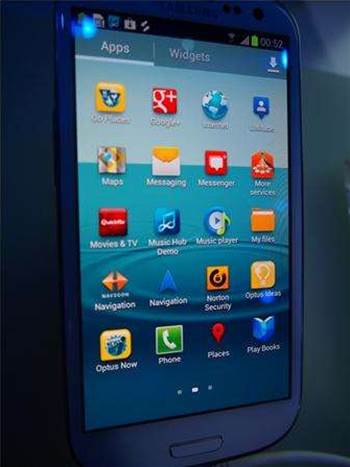 Analysis: A rundown of fat quotas.

Vodafone and Virgin Mobile will go head-to-head in a bid to lure data-hungry purchasers of the Samsung Galaxy S III.

Vodafone immediately made a headline play for the hungriest data users by offering to double data quotas for the first year on a range of its 24-month plans.

The double-quota offer made Vodafone's plans largely competitive with those of rival Virgin Mobile, whose plans could be augmented with data quota add-ons to come out roughly on par.

8GB for the same price

On its fattest $99 Infinite plan, Vodafone effectively offers a 8GB data quota for the first year, reverting to 4GB for the second year.

Back-of-the-envelope calculations show it is possible to achieve the same data quota - at the same cost - with Virgin Mobile.

Vodafone lists the total minimum cost of its $99 a month plan as $2376, which includes the first year of "doubled" quota to 8GB.

Virgin Mobile's high-end $89 a month plan comes with 4GB but it can be doubled to 8 GB for a "fixed" 12-month period on the carrier's online store for an additional $20 a month.

Virgin also comes out ahead of Vodafone at the low-end $29 a month price point.

The base $29 plan by Vodafone comes with an additional $20 monthly handset fee, 400MB of data for the first year and a minimum spend of $1176 over two years.

Virgin also has a $29 a month 'Big Plan' with an additional $20 handset fee that comes with 2.25GB of data and costs a minimum $1176 over two years - the same cost as Vodafone, but with substantially more data.

Ordering before midnight July 1 qualifies the user for a bonus 2GB data "every month for the life of your plan", Virgin's website states.

So Virgin users concerned with data quota could end up with over 4GB a month for their entire plan, for the same price that Vodafone users pay for 400MB for half their plan's duration.

Optus' largest data quota is 3GB in its $99 a month plan for new and existing customers, at a minimum total cost of $2178 over two years.

Its cheapest offer is $50 a month with an additional $12 monthly handset fee; that comes with 1GB of included data and costs at least $1388 over two years.

For existing customers, Optus has dropped handset repayments on its $60 a month plan and also cut the repayment on the cheaper $50 a month plan from $12 to $5. The standard two months free access for ordering Optus services online also applies.