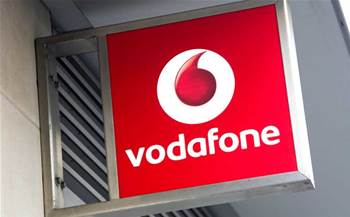 'An alternative to NBN services at a competitive price'.

Vodafone is opening up its 5G fixed wireless ‘home internet’ service to more users, with services priced at $75 a month for an up to 100/20Mbps tier or $85 for a best effort type of product.

Both plans come with unlimited data quota, and Vodafone made no secret of its intention to position them as “an alternative to NBN services at a competitive price”.

The 5G home internet product was launched on an “invitation-only” basis back in June.

Users require a $612 Nokia modem that can only be used at a single registered address.

The telco said that the modem comes bundled with plans and is “zero cost when you stay connected for 36 months”.

It also said that anyone unhappy with the service could cancel “any time and for any reason”, and could return the modem.

Vodafone said it would offer a $5 a month discount for customers that already had a cellular plan with the company.

The telco said that if it detected that the modem “is being (or has been) used at a different location (other than your approved address), your plan will be cancelled.”

It said that if a customer intended to move to a new residence, they would need to make contact with Vodafone to check if the new address is eligible or not.

The 5G home internet service can fall back to 4G in the event that 5G services are unavailable.

Group executive for new business development Craig Levy said there had been “huge demand” for the company’s existing 4G home wireless services, “with a tripling of our company’s customer base in the first half of this year.”

“We are excited that 5G allows us to extend the benefits to customers with higher speed needs with 5G technology allowing us to deliver faster speeds,” he said.

“Our 5G network for mobile is currently rolling out nationally in selected areas of major cities and centres, and these new plans will allow customers with 5G indoor access to take advantage of an affordable broadband connection in their home.”

Vodafone’s owner TPG Telecom has previously said that there is room for both NBN and cellular fixed wireless services in the market, since they appeal to users with different sets of needs.

NBN Co, however, remains concerned at the influx of competition, which could impact its ability to meet longstanding take-up targets, which are coming due over the next two years.

Telstra and Optus also have their own fixed wireless services in-market.