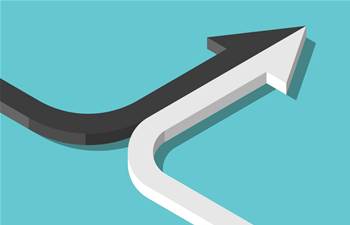 Vodafone and TPG have been granted permission by the Federal Court to merge, paving the way for the stalled $15 billion deal to proceed.

The Federal Court on Thursday overturned a bid by the Australian Competition and Consumer Commission (ACCC) to block the merger from proceeding.

“It’s been 18 months since we commenced the approval process for this merger and we’re very keen to move forward and deliver these benefits as soon as possible,” VHA CEO Iñaki Berroeta said.

“For the first time, Australia will have a third, fully-integrated telecommunications company.

“This will give us the scale to compete head-to-head across the whole telecoms market which will drive more competition, investment and innovation, delivering more choice and value for Australian consumers and businesses.”

Berroeta said he anticipated completing the merger "in mid-2020, subject to the remaining regulatory/shareholder approvals, and any appeal by the ACCC."

"We look forward to finalising the other conditions to the merger as soon as possible".

The ACCC did not rule anything in or out immediately after judgment was handed down.

"The ACCC is carefully considering the judgment," it said in a brief statement.

The merger must also now pass other regulatory gates, including the Australian Foreign Investment Review Board (FIRB) and the Committee for Foreign Investment in the United States (CFIUS), as well as shareholder approvals are anticipated in the coming months.

The ACCC had expressed concerns that a merger between Vodafone and TPG would result in a more highly-concentrated market.

It also believed that four mobile operators would be better than three; TPG had been shaping to deploy its own mobile network, but pulled the pin over the government’s ban on using Huawei equipment in 5G networks.

But Federal Court Justice John Eric Middleton said in his judgment summary that "it is not necessarily the number of competitors that are in the relevant market, but the quality of competition that must be assessed."

"Further, it is not for the ACCC or this Court to engineer a competitive outcome," Justice Middleton wrote.

Despite its loss, the ACCC maintained today that it believed TPG would still revive its mobile operator ambitions if the merger was officially blocked.

"TPG had already spent $1.26 billion on the spectrum needed to build a mobile network, has an extensive transmission network, as well as a large customer base, and well-established brands in TPG, iiNet and Internode," the ACCC said.

"The ACCC also believes TPG has the ability and incentive to overcome technical and commercial challenges.

“Australian consumers have lost a once-in-a-generation opportunity for stronger competition and cheaper mobile telecommunications services with this merger now allowed to proceed."

But Justice Middleton said the opportunity for TPG to build its own network had passed.

"Back in 2017, there was a moment in the affairs of TPG and [its chairman] Mr Teoh (the guiding force behind TPG) for a business opportunity to be taken to roll-out a retail mobile service," Justice Middleton wrote.

"To now leave TPG and Vodafone in their current state will not promote competition in the retail mobile market.

"A merger would not now, and would not likely in the relevant future, substantially lessen competition in the supply of retail mobile services in Australia.

"It is extremely unlikely and there is no real chance that TPG will roll-out a retail mobile network or become an effective competitive fourth mobile networm operator in Australia in the revelant future."

Biggest merger litigation in a decade

ACCC chair Rod Sims said the commission "stands by our decision to oppose this merger."

"If the ACCC won 100 percent of the cases we took it would be a sign we weren’t doing our job properly; by only picking ‘safe’ cases and not standing up for what we believe in," he said.

“The future without a merger is uncertain. But we know that competition is lost when main incumbents acquire innovative new competitors."

Berroeta, meanwhile, said the "lengthy process to obtain competition approval for the merger and the Huawei ban had both unfortunately given 'free kicks' to competitors for some time.

“We have ambitious 5G rollout plans and the more quickly the merger can proceed, the faster we can deliver better competitive outcomes for Australian consumers and businesses," he said.

Fiona Crosbie, Allens chairman and lead partner for VHA on the matter, said the decision "was keenly awaited" and paved the way for "a transformative merger for the company and for the Australian telecommunications sector".