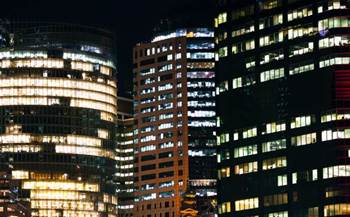 And to lure accounts away from Telstra.

Vocus is hoping for a slice of some of the enterprise and government deals now going through NBN Co, as well as business accounts slighted by recent account management changes by Telstra.

CEO Kevin Russell told an FY19 investor call that NBN Co’s “scope creep” into servicing large-end accounts was less of a concern to Vocus than it has been to others that serve in the lucrative enterprise space.

“We do have opportunities with NBN Co, because of the benefit of NBN Co’s metro capability, to partner with them selectively, as and when appropriate, to secure business we would not otherwise have,” Russell said.

“We do see NBN in enterprise as some good incremental opportunities. Those would still be incremental margins that we would probably not be able to get to without NBN Co.”

Vocus’ enterprise and government chief Andrew Wildblood said as much during a recent investor day briefing, with Russell affirming the opportunity existed.

“Competitively we feel pretty good in-marketplace just now. We think the competitive environment is probably working more in our favour now than it was 12 months ago,” Russell said.

“I think some of the changes that have happened in account management at Telstra that were announced 3-4 months ago are very interesting for someone like Vocus, because obviously when your key competitor says they’re going to prioritise account management to the top 650 customers, and the next 14,000 are not going to get individual account management, that presents opportunities for the Vocuses of this world.

“We just need to progressively work this through.”

CFO Mark Wratten noted that Vocus has also shaken up its own internal sales commission structure in a bid to reduce churn among key accounts.

“We’ve changed the commission structure of our sales teams which was previously too heavily weighted towards new sales with insufficient focus on customer retention,” he said.

“This should help to reduce churn going forward.”

Vocus indicated that despite the potential to make money from NBN Co’s enterprise and government focus, the retail/residential part of NBN remained problematic.

Russell said that would only change “if we saw better commercial returns in NBN”,such as through lower wholesale prices.

The company isn’t holding out a great deal of hope on that front, despite a concerted push by the industry to encourage NBN Co to cut its prices under an ongoing price review process.

“In terms of NBN, our assumptions going forward are that NBN remains as it is - very uneconomic, and that they don’t change their pricing structure in any way that’s favourable for RSPs or our customers,” Wratten said.

“We’d hope that if common sense does prevail at some point in time, that that would be an upside opportunity for us. But certainly we haven’t factored that into our thinking for the next few years.”

The only real positive for Vocus in the NBN retail market was that it was more or less able to increase prices by $10 a month, without causing a mass exodus.

Russell said that Vocus had “a very clear view that we’re not going to sit and absorb price increases from NBN Co. We’re going to push them into the marketplace,” he said.

“The $10 price rise I think has landed reasonably well. Yes we’ve had a degree of incremental churn but a couple of months in I think we would say the results have been absolutely net favourable from a commercial standpoint.”

Vocus’ full year profit was down 44 percent but as this was in line with previous guidance, shares in the company were trading almost 10 percent higher at $3.20.