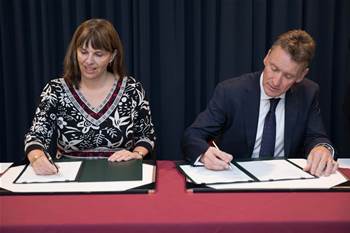 The federal government has chosen Vocus to roll out a new undersea cable that will connect Solomon Islands and Papua New Guinea with Australia.

Foreign minister Julie Bishop announced on Tuesday that the telco would manage the construction of the cable at the cost of $136.6 million.

She said it was “a major milestone and signals the start of the physical installation of the Coral Sea Cable System”, which is expected to be completed in late 2019.

The project will connect Solomon Islands and PNG capitals with Sydney via a 4000-plus kilometre fibre optic cable, replacing each country’s reliance on old, unstable and expensive technologies.

Solomon Islands currently has its telco needs wholly served by satellite, while PNG uses a low capacity cable that is nearing its end of life.

The cable deal will see Vocus “utilise advanced multi-terabit technology to improve the international connectivity of Papua New Guinea and introduce high-speed international telecommunications cables to Solomon Islands”, it said in a statement.

The telco will also “construct a domestic submarine network within Solomon Islands” as part of the deal.

This will “extend the benefits of the cable beyond Honiara to the other provinces where the majority of Solomon Islands population lives”.

Australia will “majority-fund the cables” using around $200 million from its overseas development assistance fund, with “financial co-contribution” from both Solomons and PNG.

It came to the agreement with the Solomons Prime Minister Rick Houenipwela last week during a visit to Canberra.

The cable project, which originally covered only Solomon Islands, was planned to be constructed by Chinese telecoms giant Huawei.

However concerns were raised over the deal creating a possible backdoor for China into Australia's telecommunications network.

The same concerns led to Huawei being blocked from bidding for work on the national broadband network back in 2012, and are likely to see the Chinese vendor also barred from 5G work.