VMware calls for IT organisational overhaul 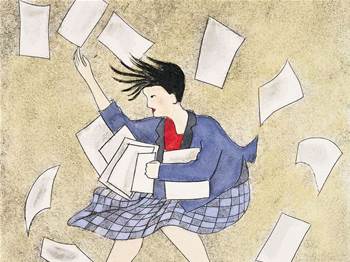 Organisational issues within large IT departments are the major factor holding back virtualisation, according to VMware chief executive Diane Greene.

Virtualisation spans areas such as storage, servers and network security, often requiring cooperation between several groups within a company.

"[Organisational silos are] one of the things that holds back virtualisation deployments because the different groups have to agree about procedures and impact," Greene told www.vnunet.com in an interview at the VMworld 2007 conference in San Francisco.

"The people that do the business applications really do not need to be concerned with operating systems or the hardware or anything like that."

Large firms typically have an advantage over small businesses, in that they are often the first to use new technologies because they can afford the required investment and have the necessary staff.

But these roles are reversed with virtualisation. Small businesses typically have only one person managing IT, so they are able to deploy virtualisation and gain the benefits such as increased server consolidation and power savings.

Greene explained that VMware plans to develop additional tools to help firms set up and manage virtual systems, allowing the technology to span these groups with a minimal impact on the organisation.

VMware actually derives more revenue from the sale of tools than from its hypervisor. Such tools assist users in moving virtual workloads to different servers while running through VMware's Vmotion technology.

The ability to perform so-called live migrations is one of the strengths of VMware compared with Microsoft's Viridian technology, which is slated for availability some time next year.

Microsoft was forced to delay the product earlier this year and had to pull several features, including a live migration capability and the ability to add processors and memory to a running machine.

The software giant also scaled back the maximum number of supported processors from 64 to 16.

Greene said that she was "pleasantly surprised" by the snail's pace at which Microsoft is moving into the virtualisation space.

"We built the company assuming that Microsoft would move very quickly, and it has not," she said.

Microsoft has previously argued that users do not need advanced features such as live migrations.

Virtualisation vendor XenSource, as well as several industry analysts, have argued that the live migration is mostly used for planned maintenance, allowing IT staff to shut down a server without interrupting business operations.

Although it could also be used to meet peaks in server loads, few firms use virtualisation for this purpose.

But Greene disagreed with the idea that Vmotion is used only for scheduled maintenance.

A VMware-sponsored study indicated that 65 percent of the firm's installed base uses Vmotion on a regular basis for maintenance and to catch peak workloads.

VMware has also been more boastful than most analysts about the potential adoption rates for virtualisation.

IDC projects that 17 percent of new server shipments will be used for virtualisation by 2010, up from five per cent in 2005.

VMware executives at the conference have proclaimed a belief that the market "can be much larger".

Greene acknowledged that, at the time of VMware's founding in 1998, she predicted that virtualisation would be ubiquitous by 2000.

It took VMware's US$10 billion IPO last month for virtualisation to truly gain the spotlight and be proclaimed an industry by itself.

"Once everybody knows that it is a better way to run your systems, I do not know what is standing between it and becoming ubiquitous," she said.

The main obstacle, however, remains organisational issues.
Got a news tip for our journalists? Share it with us anonymously here.
Copyright ©v3.co.uk
Tags:
callsforhardwareitorganisationaloverhaulvmware