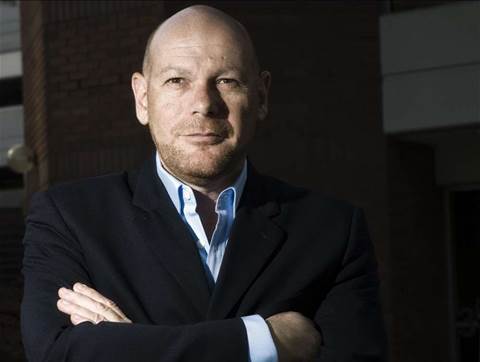 Fortescue Metals CIO Vito Forte demands value from his vendors: when two of the tech industry’s largest did not meet his requirements, he decided that the future of one of Australia’s fastest growing companies needed suppliers better aligned to his business’ goals.

Forte, talking to iTnews on an oppressively dry, hot day in the West Australian capital of Perth, has a simple mission: to keep a tight rein on IT spending  even as Fortescue’s operations grow exponentially.

He has a clear message for vendors and service providers and sound advice for his peers: if you aren’t delivering value and if you can’t adapt to your customers’ requirements, no amount of spin will save you. You’ll be shown the door.

Forte is the CIO for tough times: a tough negotiator, a confident leader and a big picture thinker.

Our way, or the highway

In July 2011, Fortescue’s hypervisor vendor shifted its licensing schema to a combination of processor plus virtual RAM (memory), a formula that immediately raised maintenance prices for those customers allocating large amounts of memory to their virtual servers.

Forte decided he would not pay the new premium. Alternatives were investigated, and virtualisation challenger Microsoft gained an important new customer.

“[Microsoft’s hypervisor] Hyper-V is now every bit as good,” Forte told iTnews.The migration wasn’t particularly difficult thanks to some third-party converters produced specifically for porting virtual machines across to Hyper-V.

Today, 40 percent of Fortescue’s applications have migrated to the new hypervisor, with the remaining 60 percent to be completed before June 2012.

Forte expects that on maintenance costs alone the mining company is already saving in excess of $200,000 a year, which will grow exponentially as the company grows and requires more server capacity.

Fortescue’s incumbent network supplier has lost business in similar circumstances, losing the resources group as a customer due to outdated sales models.

“Some time ago we decided that just running a telephony call manager wasn’t doing it for Fortescue anymore,” Forte explains. “It’s getting expensive, and if I want to integrate I have to either choose all the offerings from the one provider or deal with lots of issues.”

He anticipates a future in which telecommunications smarts won’t need to be delivered and managed from within the enterprise network, but delivered as-a-service from a third-party.

“As a business we don’t want to devote considerable resources worrying about telephony” he said.. “It’s dial tone. We’re living in the age of data networks. Mobility will completely change the landscape - the days of fixed telephony are numbered. I can’t wait for Skype on my mobile and to be free of the tyranny of a cable or number.”

Should FMG transfer its telephony smarts to the cloud, it will no longer need some of the feature-rich switches it has traditionally purchased. FMG is in the process of replacing all of its existing core and edge networking and replacing them with HP devices.

“A lot of people think they can’t move away from dominant providers,” Forte said. “They are scared they will lose something they have learned from their certifications.They are siloed in their thinking.”

While decisions have been made to move away from two vendors, Forte says the fickle world of technology means that that bridges can’t be burnt. “You never know where the next big thing comes from that will add value to your business,” he said.

“We have had our challenges with our legacy vendor set. The need for these vendors to be more flexible, cost competitive, and responsive be it commercially or in execution, has led to attrition.  Are the doors permanently closed? No.”

FMG is now piloting IP telephony as-a-service, and investigating how that might integrate with its Microsoft Lync UC solution to achieve directory integration, click-to-call and other features. With the pending integration of Skype and the ability of Microsoft Lync to federate across organisations, Forte expects FMG staff will no longer need to remember phone numbers.

Where some former vendors lost work, the likes of HP, Microsoft and Citrix have gained – but not without making important commitments and concessions to FMG.

Forte demands that the mining company’s suppliers get in the pit with him and his 105-strong IT team (split 60/40 FTE to contractors.)

HP, for example, now runs most of Fortescue’s server and storage infrastructure from the vendor’s data centre. SAP runs Fortescue’s ERP system. Microsoft and Citrix were pulled in to deliver not just the latest software but also the services required to deliver a functional system.

With Fortescue’s new mining projects accelerating at breakneck speed, Forte demands the same of these suppliers.

Take the mining company’s new managed desktop, for example. Citrix were contracted to deliver the majority of Fortescue’s corporate applications as virtualised instances in 12-weeks. The vendor’s account managers boasted that (on a per-app basis) this was a Citrix record.

No thanks, Forte told the vendor, we need it in 13 weeks. And Microsoft delivered. This same environment will be available as either a traditional fat-client or a virtual desktop.

“We are demoing the seamlessness between VD and direct install to our business and ideas for optimisation are coming from everywhere,” Forte told iTnews.“This new environment has really enabled our upcoming BYO program and reinvigorated our corporate Managed Operating Environment.”

But even the most fruitful relationships require some massage, or a very sturdy handshake.

When HP took over management of Fortescue’s servers and storage, it delivered an on-demand solution (CloudSystemMatrix) that can provision a new server in 22 minutes. But HP’s services arm, monitoring Fortescue’s IT infrastructure from a facility in Newcastle, NSW, was labouring under a change process that took more like ten days.

“We had to convince HP that their process had to match their delivery capability,” Forte said.

Forte said his approach doesn’t necessarily put the better operators in the IT industry off-side. If anything, they respect a clear brief.

“Will I ever be satisfied? No. Complacency breeds inefficiency and we should always be on the lookout for innovation that helps our business.”

While he attempts to make light of it, Forte’s no-nonsense rigor applies equally to management of his own team as it does to supplier relationships. There is no room for bureaucracy in a company moving at Fortescue’s speed. Decisions are made and respected.

“I don’t know if you’ve noticed, but this isn’t a democracy,” Forte has told his team; “You will always have input rights, but not always decision rights.”

Is there room for innovation? Read on for more.