Visa urges US business to switch to embedded chips 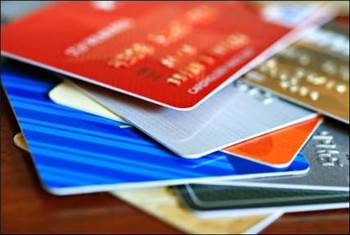 Visa's chief executive urged US merchants and banks to hasten the adoption of a more secure technology for credit and debit cards after security breaches at several retailers.

American banks and retailers have been dragging their feet over the upgrade to the more secure embedded chip technology widely adopted in Australia, and have been at odds over who should bear the cost, which experts have said could be as much as $10 billion.

Visa and MasterCard have been pushing for merchants and issuers to meet an October 2015 target date to accept cards with an embedded chip to hold information, rather than rely on the easily copied magnetic strips.

Analysts have estimated that only 60 percent of US point-of-sale terminals would meet the target date.

"Unfortunately many merchants and issuers and both of their lobbyists are attempting to assign blame in the press and not reacting in a particularly constructive manner," Charlie Scharf said in a post-earnings conference call.

"It is in all of our best interest that change quickly."

Last month Target, the third-largest US retailer, said about 40 million credit card records and 70 million other records containing data on its customers were stolen in a security breach.

Luxury retail chain Neiman Marcus and Michaels Cos, the biggest US arts and crafts retailer, have said they were also victims of cyber attacks.

Most Americans have been victims of data theft, but that hasn't stopped them from using credit cards and social media sites or shopping online, according to a Ipsos/Reuters poll of 8,308 Americans.

About 64 percent of the victims said the experience had not deterred them from using their credit or debit cards.