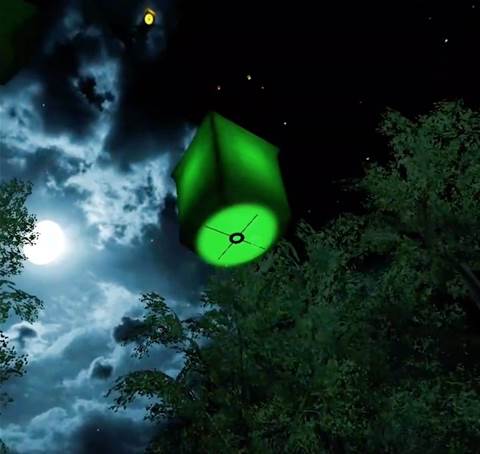 Virtual reality is, as the name suggests, almost real. Except it’s not.

It’s a distraction from the real world. Just as your mind can sometimes play tricks on you, virtual reality immersion can hijack the brain to help deal with, say, pain by taking up mental bandwidth with pleasant experiences.

The potential analgesic benefits of the technology is growing, with studies showing it could reduce pain by up to 25 per cent. It’s been proven safe and effective in various fields of medicine around the world, including for burn patients, paediatric oncology, PTSD and dental treatment.

Now, a Monash University trial has shown the potential of virtual reality to help women cope with pain during a common procedure to reposition their breech baby in preparation for delivery.

In a world-first trial led by Dr Vinayak Smith and Ritesh Warty of Monash University’s Department of Obstetrics and Gynaecology, 50 patients at Monash Women’s were fitted with VR glasses during their procedure.

The immersive technology requires patients to watch lanterns launch into the sky, and to click on the headset to light the lanterns before they burst. The VR content was developed by Singapore-based digital media company ALO VR.

External cephalic version (ECV) is a procedure performed at around 37 weeks’ gestation, in which the baby is manually flipped by the obstetrician to face head-down. It can be a painful procedure, and no pain relief is currently provided in routine care. Breech babies occur in about three per cent of pregnancies.

Dr Smith said the virtual reality technique worked by providing a distracting experience designed to reduce the perception of pain.

“The trial is the first in the world to use virtual reality for pain management in antenatal patients,” Dr Smith said.

“The trial is the first in the world to use virtual reality for pain management in antenatal patients.”

“VR is said to work in two ways to reduce pain – through distraction where pain impulses are blocked or slowed from entering the brain, and on a neurobiological level by reducing the perception of pain experienced by the brain.”

Dr Smith said the study would pave the way for testing the device in alternative obstetric scenarios such as in early labour. A trial will also start later this month, testing the beneficial analgesic effect of VR on pain following laparoscopic surgery.

“If we continue to see the analgesic benefits of virtual reality, it could be adopted more broadly by hospitals in procedures to reduce pain and anxiety for patients. It may even reduce the need for pain relief medications,” Dr Smith said.

This article was first published on Monash Lens. Read the original article. Republished under Creative Commons 4.0