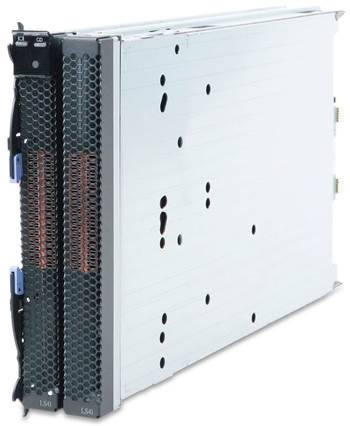 IBM has added three blade server models to its Power7 datacentre platform equipped with the Power7 chip. Designed for the company's BladeCenter platform, the new servers will be offered in four-, eight-, and 16-core versions.

Big Blue hopes that the new models will combine the performance increase of the Power7 chips with the efficiency advantages of the blade server format.

The company estimates that the new Power7 BladeCenter models can reach from 188 to 225 per cent better performance than HP's and Oracle's respective blade lines.

IBM also touted the processing power of the Power7 line, claiming that the full-size Power 780 server handled loads of up to 1.2 million transactions per second in a recent benchmark test and set further records for its performance in Java and high-performance benchmark tests.

IBM released the performance numbers to help push a new line of administrative and developer tools for enterprise IT departments.

In addition to the new blade servers, the company is releasing an update to the IBM i7 operating environment, as well as an update to the AIX operating system and a new Rational development tool which touts up to 30 per cent better efficiency.

Got a news tip for our journalists? Share it with us anonymously here.
Copyright ©v3.co.uk
Tags:
bladehardwareibmlinemodelsperpower7