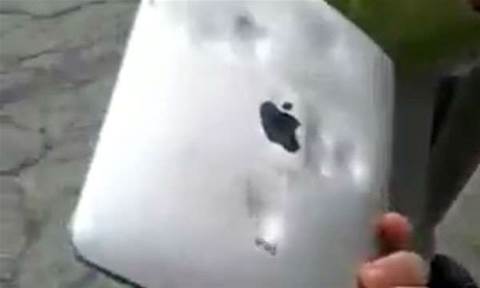 Apple did say it would have multiple uses.

Australians have to wait another few weeks to get their hands on the Apple iPad, but the device was launched in the US over the weekend and we found it rather disturbing how many people were interested in nothing more than the wanton destruction of their rather exy gadget.

Blendtec, who make the Will It Blend series of infomercials were, as expected, very quick off the mark.

Next up was a group of lads who decided it would be a laugh to go buy an iPad - although we have no evidence they didn't mug someone for it - and then smash it up with a baseball bat.

We also found a mob whose mission is to find cute things and then blow them to bits.

And finally, in case the iPad is well out of your price range, you might want to make one yourself from old computer parts, sticky back plastic and a box of cereal.