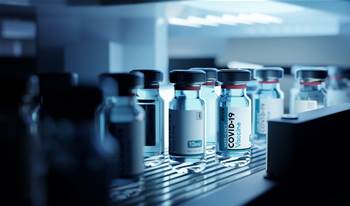 The cost of Victoria’s Covid-19 vaccination management system has quietly doubled to $18 million after the state government opted to extend its deal with Microsoft by six months.

The contract is now worth three times more than when the state first signed up to use the tech giant’s end-to-end vaccination registration and administration solution in January 2021.

Victoria uses the system to manage the delivery of jabs in settings like mass vaccination hubs, which have seen a rush in demand for boosters in recent weeks in response to the Omicron variant.

The Department of Health enlisted Microsoft to provide the cloud-based platform behind the state’s vaccine system following a "rapid evaluation process" in January 2021 at an initial cost of $5.8 million.

The contract ran for six months, during which time the department paid another $3.3 million for additional system capability and enhancements – a 30 percent increase on the original price.

It was then extended a further six months when the deal expired in June 2021, taking the contract out until the end of December.

At the time, the department refused to disclose the updated contract with Microsoft or publish it on the Buying for Victoria tendering website, as revealed by iTnews in October..

The department has now updated an existing filing on the Buying for Victoria website, with the contract now showing that Microsoft will be paid $18 million over the life of the 18 month deal.

The new value means the system will cost the government just under $9 million during the 2020-21 financial year, considerably more than other vaccination management systems in similarly sized states.

The cost of NSW’s vaccine management system, for instance, has not increased since NSW Health signed a two-year contract with ServiceNow to replace a stop-gap solution in May 2021.

According to NSW's tendering website, the deal for the vaccination administration management (VAM) platform, which is used in state-run vaccination centres, still stands at $6.3 million.

Microsoft in July - at a time when when vaccine doses through mass vaccination hubs stood at 1.1 million - said Victoria's Covid-19 vaccination management system had been used to deliver more than a million vaccines.

According to the latest data released by the Victorian government on Thursday, more than 5.6 million vaccine doses have now been delivered to Victorians through state-run vaccination hubs.

Victoria’s Department of Health is a heavy user of the Microsoft stack as part of its ‘platform + agile’ strategy, which it adopted in 2017 to replace traditional waterfall approaches to software development.

That program evolved from a 2016 project to deliver Australia's first fully online application for social housing placements, a service that is also available through the federal government's myGov portal.