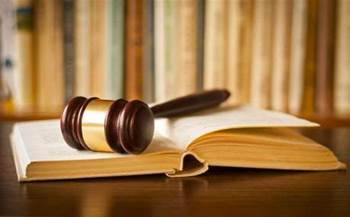 The project consists of an Azure-hosted document submission portal alongside a new case file system, known as MCMS. These new systems will integrate with a pre-existing document management platform and case management system.

They are currently being implemented in the Magistrates Court, and will eventually go live in all Victorian courts.

Avoka Technologies supplied the external lodgement portal, which is hosted in Azure to ensure the solution did not disrupt the state Justice Department's bandwidth limitations.

Her team partnered with court case management software provider McGirr on both solutions.

After standing up both systems, the team used APIs to integrate to its existing HP WorkSite platform for document management as well as the 14-year-old Unix-based case management system used in Victorian courts.

Diano told iTnews the new platforms had significantly reduced the manual handling of documents in court.

“Before, the document management system was separate and court files were 100 percent manual, meaning no changes happened unless someone opened a case file and manually updated it,” Diano said.

“So, for example, if someone files a document, that will be automatically reflected in the court file without manual intervention. That’s something that didn’t happen before.”

“Each court has its own case management system. They’re legacy systems that don’t do all the courts need them to. What we did was add to our capabilities by making files accessible and making the process more automated,” Diano said.

“The County Court’s then-chief judge, now retired former chief judge Michael Rozenes, specified the electronic external lodgement portal was needed to ensure that the electronic case file could be relied on and was complete," she said.

“That is ensuring that practitioners could lodge their documents directly into the electronic case file, so as to minimise or at times remove the need for manual processing by the registry staff and the judges’ associates.”