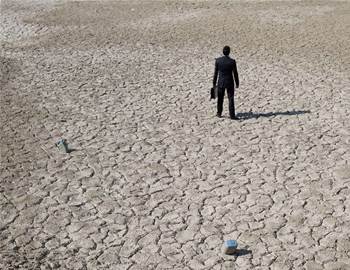 The concept of a single, whole-of-government website might be a distant memory for the NSW and federal governments, but the model remains firmly on the table in Victoria as a means to improve how citizens access government information.

As many as 30 websites from the Department of Premier and Cabinet will begin migrating to a redesigned vic.gov.au portal from early next year as a test case for broader website consolidation across the Victorian government.

It follows a review of DPC's digital presence earlier this year, which identified "the need for change and consolidation from a customer perspective", and a framework that focused on "centralised provision of services".

The website consolidation project is being delivered in parallel to the state’s new one-stop shop Service Victoria, which is tasked with transforming high volume transactions currently delivered through different agencies.

A spokesperson told iTnews the two-year website project “will deliver a Drupal 8 CMS, custom Drupal modules, templates and pattern library” that would also be used to redesign another 15 websites managed by the department, but which are independent of vic.gov.au.

DPC hopes the project, which is not dissimilar to the Commonwealth Drupal-based govCMS content management system, will tackle “the complex and expensive proliferation of DPC websites and associated technologies used to deliver them”.

Other departments would also be able to leverage Drupal 8 templates and modules in the future if the test case proved successful.

The consolidated website model stands in contrast to the NSW and federal governments, which have opted against introducing a single whole-of-government website.

At a federal level, this meant replacing the single government website project Gov.au with a digital channel strategy to make over existing websites.

In NSW the state government is creating a whole-of-government experience around select functions, such as feedback forms and data visualisation.

But user research by Victoria's DPC points to the numerous benefits of a single website, the agency said, such as making information easier to find, understand and use.

“Our research tells us that while users are diverse, their digital journeys and needs are similar,” the spokesperson said.

“However, their experience on Department of Premier and Cabinet websites have been inconsistent in design, branding, and how content is written.”

The department also stressed that any resulting single website would be opt-in for agencies, and allow them to pick and choose from using the single digital presence for distribution or just select customised modules to fast track website development.

This is quite unlike the federal government’s handling of Gov.au, which tried and failed to get key service delivery agencies on board with the idea.

The department is currently working towards publishing its first website on the platform early next year, with the possibility of further web presences being launched "on a one-by-one basis” before the project's completion in September 2019.