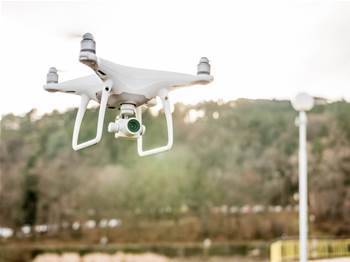 Cops take surveillance to the skies.

Victoria Police is set to acquire a squadron of as many as 50 drones over the next year for a new specialist unmanned air unit to give frontline officers mobile eyes in the sky.

To be be established within the state’s Police Air Wing by the end of August, the state's first ever drone unit will manage the operation of remotely piloted aircraft across Victoria.

Inspector Craig Shephard said the unit would boost the force's capability across the state, with the new drones to be used for a number of police operations.

“The introduction of this unit is expected to enhance the work our police do every day, from attending crimes scenes, managing emergency situations, public order management, search and rescue and situational awareness,” he said.

“The drones we plan to use will have a 24/7 ability, with high end technology allowing for both day and night camera vision.”

Police are especially keen on the use of drones to find and track offenders because they can negate the need for dangerous vehicle pursuits or the costly option of tasking a police chopper.

With the drones to be used by across the force, the unit - which will be supported by five extra positions in the Air Wing - will provide training to up to 70 specialists operators across the state.

Training will also be provided to specialist units like the operations response unit and search and rescue, as well as officers in regional commands, which Shephard said would “ensure they have their own localised drone service”,

“It will also assist when police attend emergency situations with the ability to fly a drone in to provide advice to someone in a tricky situation or supply first aid equipment or water,” he said.

“Every second counts during emergency incidents – these drones can be rapidly deployed and provide police with the speed and flexibility they need.”

Victoria Police's new drone unit comes hot on the heals of the Tasmanian government announcing the state’s police force would deploy 16 drones across the state this month.

The drones, which will be located in all three geographical police districts, make up part of a 4-year commitment worth $400,000, with the first 16 and training for officers costing $100,000.