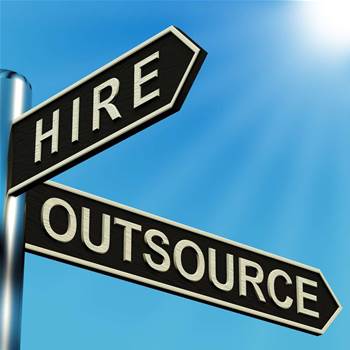 The Victorian Government has formally kicked off its quest to outsource the IT services currently delivered by its internal shared services agency CenITex.

This morning it called upon major infrastructure managed services providers to register their interest in the deal ahead of a price-based bidding process due to begin in November.

It will outsource its functions in five lots: desktop and end user services; processing platforms; storage platforms; local network management services; and service desk. As an indicative value, provision of these services to CenITex’s 15 Victorian client agencies was worth $153 million in 2012.

Despite being quizzed about the reform’s impact on CenITex’s 600 full time equivalent staff in parliament last week, Minister for Technology Gordon Rich-Phillips would not reveal how many people are likely to keep their jobs within a slimmed-down agency focused on brokerage rather than service delivery.

However, tender documents reveal that the state “expects the new provider to strongly consider making offers of employment to pre-existing employees involved wherever practicable on terms no less favourable than their current arrangements with the Victorian government”.

Prospective bidders have been asked to outline their track record when it comes to the smooth transfer of staff into their infrastructure operations, but it is not entirely clear what sort of influence a commitment to take on CenITex staff could have on the evaluation process.

One member of the Victorian IT industry told iTnews he believed an agreement to take on CenITex staff would be looked upon favourably by the government, especially if bids came down to the wire.

But he added that most companies would only be in a position to employ a select proportion of FTEs, certainly not all of them.

The government is also open to a certain level of offshoring, according to the documents, although bidders will have to specify the ratio of onshore to international staff that they employ and must have at least “some presence for delivery” based in Australia.

Turning over a new ICT leaf

The Victorian government appears to have some big plans up its sleeve to reform its ICT environment.

“The agency is interested in exploring new technologies and architectures beyond just those provided by ‘lift and shift’ economics,” the tender documents state.

It has asked interested suppliers to detail their experience “leveraging emerging technologies to transform a client’s traditional IT environment” such as private and hybrid clouds, BYOD, social media, big data management and mobile data management.

“For example, in the provision of desktop services we are interested in offerings that leverage mobility for the whole of Victorian Government workforce”.

The state’s executives will be hoping that handing service delivery over to the private sector will get them out of a very sticky situation.

It became apparent in May this year that Victoria saw outsourcing as the solution to its CenITex woes. The underperforming agency had become notorious via a number of damaging scandals centred upon nepotism and corruption within its ranks.

Its legacy infrastructure has also become a growing liability for the state. Around 75 per cent of the agency’s desktop, storage and hosting environments are classified as legacy with no funds available for them to be replaced.

The EOI process will also be watched closely by governments in Queensland and NSW, which have also raised the prospect of introducing some level of private sector contestability to transform their own troubled shared services arrangements.

Victoria hopes to see contracts for the CenITex services signed by May 2014.