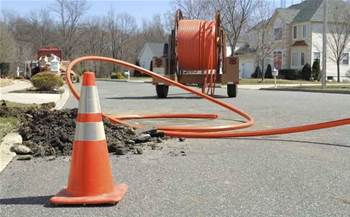 The FTTH network was established under Places Victoria's predecessor, VicUrban, to provide high-speed broadband to the agency's housing developments in Melbourne.

It currently covers 3460 lots across six estates, 653 of which are yet to have houses completed and connected to the network. The network has over 2500 active services connected.

Places Victoria operates the network as a wholesale carrier to three retail ISPs who offer internet, telephone, and, in some cases, television services.

The agency expects to complete the sale by mid this year, just after its transition into the new Development Victoria.

In a statement the agency said the operation of a telecommunications network "does not align" with its new property and project development mandate.

The agency has previously put the financial liability of its requirement to provide the fibre network at more than $40 million.

The network has spent the past few years mired in controversy as the result of an investigation by the state's anti-corruption watchdog that found the former head of the FTTH project awarded more than $8 million of work to individuals connected to his family.

IBAC revealed former Places Victoria manager Carmine Petrone created work orders for jobs that had already been completed, eschewed formal contracts, and encouraged the subcontractors to inflate prices while keeping invoices under $50,000 - the cap of his discretionary spending.

Petrone was let go from the agency in early 2014, with an investigation commencing later in June that year.

Places Victoria was also forced to upgrade its network mid-last year following end user complaints about low speeds that had resulted from congestion stemming from the influx of streaming services like Netflix.