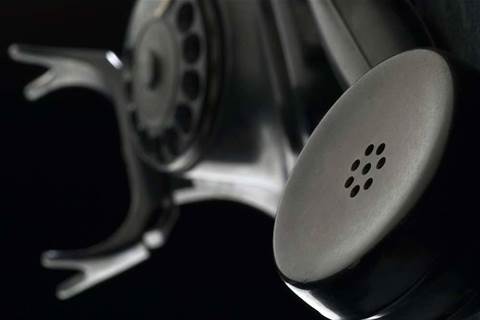 The Victorian Auditor-General has found that state government agencies are letting wasteful telecommunications expenditure slip through the gaps.

A-G John Doyle surveyed the mobile and fixed line accounts of three of the state’s top telco users and found that "none of the agencies had sufficient controls, nor regularly monitored and reported to executive management on telecommunications usage and expenditure".

The Department of Justice (DOJ) was named as the worst offender.

While other audited agencies such as Victoria Police and the Department of Human Services (DHS) have recorded steady or decreasing rates of voice and data spend over the past five years, the DOJ increased its outlay by 39 percent for fixed line services and 61 percent for mobile.

The Auditor-General said it was no coincidence that the DoJ also has the weakest monitoring and remediation processes of the three.

“Deficiencies identified in fixed voice and mobile cost controls at the Department of Justice mean that it cannot be confident that the increasing trend in expenditure for both services is fully justified, and that the risks of supplier overcharging and waste from unnecessary lines have been effectively mitigated,” the report said.

The Victorian government spends roughly $53 million through its central voice and mobile carriage contracts with Telstra and Optus each year. Between them the police, DOJ and DHS make up $13 million of this sum.

Expenditure on mobile phones has increased by 70 percent across the government since 2008, from roughly $14 million to $23.5 million in 2012.

One of the main weaknesses uncovered by the audit is a failure to switch off unused phone lines and mobile accounts.

In August 2008 the DHS closed its Kew service centre, but continued to be billed by the office’s phone provider until the following November, at a cost of $6000.

On the other end of the spectrum, the Victoria Police is reportedly on track to save $235,000 each coming year by stripping out its redundant landlines and replacing analogue services with ISDN.

Agencies have also been found to be effectively oblivious to how their staff are using the work-provided services.

An internal DHS audit of staff users found 299 exceeded their account threshold to a value of $50 or more in a six month period. The aggregate value of the overuse was $72,000, but the department had no way of knowing how much could be attributed to personal use and thus recouped.

Furthermore, the Auditor General found it took the organisation an average of three months to capitalise on renegotiated call and data rates arranged through the central contracting authority, meaning they were missing out on significant potential savings.

Doyle recommended that all Victorian agencies learn from the example and ensure rigorous procedures are in place for monitoring phone use for anomalies and redundant services, and measures for checking the accuracy of invoices.