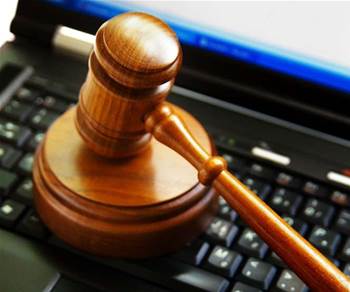 US federal regulators will once again try to set rules that make sure broadband providers do not block or slow access to content on the internet, or charge content providers for faster web service.

The Federal Communications Commission's plan for new net neutrality rules comes a month after a US court struck down its previous iteration, which was the second court's rejection of the rules.

The US Court of Appeals for the District of Columbia Circuit in January said the FCC, in adopting the 2010 open internet order, improperly treated internet service providers as regulated public utilities providing telecommunications services, like telephone companies, while they were actually classified as information service providers.

But the court did affirm that the FCC had authority to regulate broadband as it oversees its expansion and competitiveness of services, giving the agency new legal opportunity to bring back non-discrimination and no-blocking regulations for Internet service providers.

FCC commissioners will now negotiate a new version of the rules that would ensure that network operators disclose exactly how they manage internet traffic and that they do not restrict consumers' ability to surf the web or use applications.

Virtually all large internet service providers, in the wake of January's ruling, pledged to continue abiding by the principles of open internet. But consumer advocates worry that without properly reclassifying broadband providers, the FCC leaves the door open for backdoor deals that would give unequal treatment to websites or services.

Though the FCC did not move to begin the reclassification, Wheeler said the option to remained on the table.

New rules are likely to be finished in the late spring or early summer, a senior official said, as the FCC takes on the review of a proposed merger between the two biggest US cable and broadband providers, Comcast and Time Warner Cable.

Though Comcast is bound by an earlier agreement to abide by the FCC's net neutrality rules until 2018, and has reiterated its commitment, the size of the merger has rekindled concerns about what future agreements between content and Internet providers may mean for open internet.

Verizon Communications, which challenged the FCC's rules in court, arguing they violated the company's right to free speech and stripped control of what its networks transmit and how, is not expected to appeal.

Company spokesman Ed McFadden said Verizon remained committed to providing consumers "with competitive choices and unblocked access to lawful websites and content when, where, and how they want."

The issue of net neutrality rules has drawn political battle lines in Washington as many Republicans have sided with Verizon's argument that it amounted to government overreach, referring to the rules as "a solution in search of a problem."

"The internet was free and open before the FCC adopted net neutrality rules. It remains free and open today," said FCC Commissioner Ajit Pai. "I am skeptical that this effort will end any differently from the last."

Democratic telecom leaders in Congress welcomed the FCC's move, after California Representatives Anna Eshoo and Henry Waxman introduced a bill that would reinstate the open internet order that the FCC approved in late 2010.

But consumer groups Free Press and Public Knowledge expressed disappointment that the FCC did not take a tougher stance for reclassification of broadband providers to give the agency more oversight power.

An online citizen petition to the White House calling for such a reclassification collected 105,572 signatures, prompting a response from the Obama administration .

"Absent net neutrality, the internet could turn into a high-priced private toll road that would be inaccessible to the next generation of visionaries," White House officials responded, deferring to the FCC on the matter.

Reclassification would face a tremendous pushback from the broadband industry, and Republican leaders in Congress yesterday called on the FCC to tread lightly.

"No matter how many times the court says 'No,' the Obama administration refuses to abandon its furious pursuit of these harmful policies to put government in charge of the Web," Republicans Fred Upton and Greg Walden said.