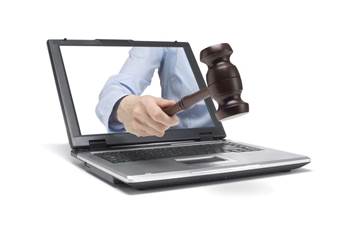 The legal team at Australia's second largest telco Optus is preparing a lawsuit against incumbent Telstra, alleging that the nation's incumbent telco misrepresented Optus' network coverage in maps posted on a Telstra blog.

[This story was updated with a confirmation by Optus at 2pm on Friday 11th June - see bold text below].

Telstra lifted Optus' network coverage maps and transposed them against it own in an effort to illustrate the reach of its Next G network for connecting mobile data devices such as smart phones and notebook computers.

Telstra claims that the maps, published on Telstra's website [as shown in gallery, top right], compare the "on street" coverage of Next G's 850 MHz network versus Optus' 2100 MHz 3G network.

In a note published alongside the maps, Telstra spokesman Rod Bruem explains that because some models of smartphones and tablets are not compatible with the 900MHz spectrum deployed as part of Optus' 3G data network (predominantly deployed outside of Australia's major cities), regional users are less likely to get any joy connecting at high speed from rural and regional areas.

"If you use one of these devices outside of major metropolitan areas, it will access the Optus GSM/GPRS network (where it is available) but you will only be able to access limited data speeds," Bruem said.

"Telstra never claims to have the cheapest prices, but as they often say in the bush, you get what you pay for."

Sources from Optus told iTnews that the company's legal team has stewed over the maps to prepare a legal challenge. Optus claims the maps are misleading in so far as they don't include its 900MHz spectrum coverage, but also misrepresent the range of its 2100MHz coverage.

Optus has confirmed with iTnews that the company is "considering its legal options with respect to stopping these misleading claims.

"We look forward to a correction as [Telstra] have grossly misled the consumer and distorted the options that Australian customers have when it comes to mobile coverage," the company said in a prepared statement.

An Optus spokesman said the majority of Optus smartphones on the market "are able to access the full dual band coverage, which is not included on Telstra's map.

"The fear of more choice and competition for mobile services in Australia is forcing competitors into making misleading claims when it comes to coverage comparisons," he said. "In the past 12 months Optus has quadrupled the carrying capacity in our mobile network and added more than 600 new mobile sites."

Telstra's Bruem told iTnews that the maps were "sourced from their website" the night before they were published yesterday.

"We will be checking each week and updating the maps to ensure they are accurate," he said.

Bruem said he was yet to hear from Optus about any lawsuit or demand to take down the maps.

Bruem said that 'on-street' coverage refers to "what you'd normally expect to get with a handheld outdoors i.e. unobstructed by walls and ceilings."

He pointed out that should the calculations have been made to include "in-building" reception, Optus' 2100MHz reception would have fared worse, in his view, due to its higher frequency range that Telstra's 850MHz network.

Analysts have noted that Telstra's mobile data advantage is likely to be somewhat temporary, at least when it comes to the huge selling Apple iPhone.

Nathan Burley, analyst at Ovum has noted that the new iPhone 4 supports quad-band 3G (as opposed to tri-band in previous models) and will therefore "be able to access the larger 900MHz 3G network footprints of Optus and Vodafone, where previous generations weren't.

"The gap to Telstra in terms of network user experience when using the iPhone 4 compared to previous versions will be narrowed," he said.