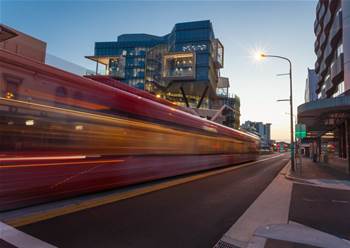 The University of Newcastle has begun introducing the latest generation of wireless networking, wi-fi 6, across its campuses to deal with tackling the growing number of devices on its network.

While wi-fi 6 has the potential for speeds 40 percent faster than wi-fi 5, the university said the biggest drawcard for the technology is its capacity to support multiple devices in congested areas.

The initial rollout is taking place at its Auchmuty Library on the main Callaghan campus, to the west of the Newcastle CBD.

As many as 4000 students a day visit the library, often running two devices at a time on the university network (this author used to regularly have three on the go at once there).

The wi-fi 6 installation is set to double the total number of wi-fi access points in the Auchmuty Library, with the wi-i 5 routers retained to support older devices not compatible with the upgrade.

Other high traffic areas, including the Shortland Union building and Huxley Library at Callaghan, along with the Ourimbah library at the NSW Central Coast campus, will also be included in the rollout over the coming months.

It comes as the university is increasing its investment in technology with the construction of a new STEMM (science, technology, engineering, maths and medicine) hub and the demolition of its on-premise data centre in its shift to AWS cloud.

The university is also increasing its engagement with the broader community in the Hunter and Central Coast regions, particularly Lake Macquarie’s Smart City, Smart Council initiative and Newcastle’s Smart City Strategy aided by the university’s recent and construction of a new CBD campus and further plans to build its inner-city presence.

“This is part of a broader strategic plan that will see Wi-Fi 6 rolled out across a number of premises in 2020,” he said in a statement.

“We’re absolutely committed to giving our students access to the latest technology which enables them to study more effectively, gives them a chance to learn hands-on and helps them prepare for the kind of workforce environments they’ll be moving into when they finish uni.

“Universities also have a role to play in the local community’s economic prosperity and environmental sustainability.

“Ensuring we provide a technology environment which enables our world leading research capability to flourish, manages our environmental impact and allows innovation to thrive is key to this.”