Newcastle Uni to bulldoze data centre in move to AWS 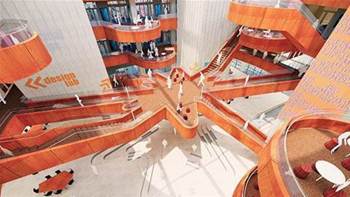 The University of Newcastle is set to demolish its on-premises data centre in favour of Amazon Web Services cloud as it officially launches the cloud-first strategy.

Up until now, Molinia said, the university hasn’t had a main public cloud provider, meaning that students and researchers using compute-intensive workloads had to carefully plan out which resources they used.

“With the shift to AWS, it’ll actually be more of a self-service capability without having to, I suppose, take the traditional approach to request servers and storage and compute capacity,” Molinia said.

From the student perspective, the move to the cloud is set to prepare them for the future workforce.

“Getting exposed to this technology and getting hands-on experience with all of these technologies is going to be very important, so this is going to be a space for them to test and to pilot their skills.”

The cloud giant has helped inform the university’s new operating model and cloud architecture as part of the migration, which Molinia said will be part of their ongoing relationship to make sure UoN is getting things right the first time round.

And while wary of the consumption-based operating model of cloud providers, he said the university has had open dialogue with AWS to keep its expenses “under wraps” while still delivering flexible and robust services when all workloads are moved to the cloud in 2020.

Another key consideration in moving to the cloud has been the environmental aspect.

Despite being based next door to the world’s largest coal export port, UoN is actively moving to improve its environmental standing by reducing its dependence on fossil fuels and divesting its shares in energy companies that don’t contribute to its carbon reduction goals.

Part of the strategy also deals with procurement.

“We didn’t want to buy any more tin,” Molinia said.

Instead of continually managing and upgrading its own facilities and building new capabilities, the university will now rely on the economies of scale achievable by a global cloud provider.

Existing network switches will be redeployed across the university to support the cloud network, while the rest of the hardware in the data centre is set to be decommissioned.

The building that houses the data centre will be demolished to make way for the university’s new STEMM (science, technology, engineering, maths and medicine) precinct.