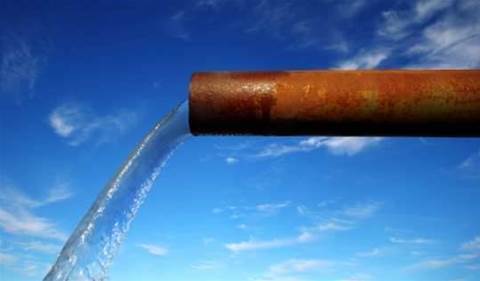 In June this year, Unitywater CIO Mathew Thomas and his team laid the final touches on the utility’s consolidated asset management system, just one of six critical enterprise systems they have built and implemented in parallel over the last three years.

“The work we have done to date has just been phenomenal,” Thomas told iTnews, before joking that “if someone had explained what we were going to do I might have had second thoughts about taking the job”.

Unitywater was established in July 2010 as one of south east Queensland’s water distributors and managers of its sewerage network. Its origins lie in the previously separate functions of Moreton Bay and Sunshine Coast Regional Councils, and this meant the fledgling organisation had “at least two of everything” in IT terms when it began operations.

The duplication spawned a program of work aimed at consolidating systems, valued at about $30 million over three years.

“Not only have we put in an asset management system, but we have also put in a customer information and billing system. We have consolidated HR systems, and implemented a finance system. We have put in a document management system and a data warehouse. And because these are all separate systems we have also implemented an enterprise service bus to tie it all together...all in less than three years,” Thomas said.

The most remarkable aspect of the transformation, he said, was the complete replacement of existing customer information and billing systems in just nine months, which he described as “a miracle”.

“It is not unusual for these things to run into all manner of problems”.

However the constant pace of IT overhaul did present some serious challenges, the burden of which Thomas acknowledged was carried by staff.

“The biggest impact on the organisation has been the change management” he said. “There was a lot of change fatigue...there was a huge load on people to take on new systems and learn them.”

Thomas nominated executive buy in, consistent reporting and stringent investment controls as the secret to maintaining a breakneck pace of work.

“Pretty much all of these projects had executive sponsorship, so they were always foremost in our minds at the executive table.

“We also had a good enterprise program management capability, which provided a standard way of reporting and monitoring these projects,” he said.

From plumbers to knowledge workers

Unitywater is already using its new Maximo-based asset management system, in conjunction with a fleet of 300 ruggedised toughbooks, to enter a new phase of data collection and analysis when it comes to the condition of its water distribution infrastructure and what it costs to maintain.

With their portable devices Unitywater field staff could now electronically collect first hand impressions of the condition of pipes and valves they had visited, the nature of the fault they were called to address and the resources required to complete the job.

“One of the things that this asset management system is going to provide is what we call job costing, which marries up a whole bunch of factors affecting how much the maintenance of the network costs,” Thomas explained, adding that the next step is to boost the organisation’s data analytics capability.

One of the other new tools being used by the organisation is a software-as-a-service based safety management system, which staff used to report injuries, hazards and near misses. Thomas said it had contributed to a 50 percent reduction in the injury rate year-on-year.

From this point on, the IT team’s focus will shift from consolidating systems towards leveraging those investments to uncover new and more efficient business processes, in the second phase of the utility’s “IT adventure”. Thomas anticipated this stage would cost less than the first phase and could stretch over three to five years.