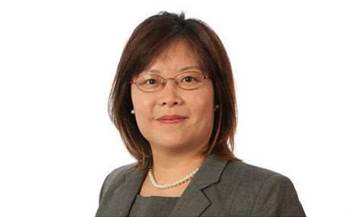 The Australian reported the selling price as "eight figures", suggesting a value of at least $10 million.

"The two platforms you bridge can be on different virtualisation technology. It's much more difficult, impossible to do, but we've cracked it," she told CRN.

That said, customer demand for cloud integration solutions has led some vendors to respond with their own connectors.

Unitrends will make the Sydney firm's technology a key part of its backup and disaster recovery suite. The vendor specialises in data protection for private and public cloud and also has rack-mounted recovery appliances.

Unitrends has more than 300 customers to date in the Asia Pacific region, with 150 added in the last 12 months. Eric Dougherty, senior vice president of worldwide sales for Unitrends, said the company plans to treat its Sydney presence as a "hub and a jumping off point" for further expansion into the Asia Pacific region.

The new Sydney office will lead research and development on the next generation of Unitrends' cloud backup product, Liu said.

The Australian startup is a standout for attracting a buyer without going through venture capital funding first, said NICTA's director broadband and the digital economy, Terry Percival.

"Most [NICTA startups] have gone through venture capital funding," he said. "It's fantastic to get a straight-out sale to a large US corporation."

Several other NICTA technology startups have also generated attention. Audinate uses off-the-shelf ethernet for distribution of professional-quality audio in concert venue and sporting arenas. It lists the likes of BOSE, Bosch, Sennheiser and Yamaha as licencees.

Open Kernel Labs is behind virtualisation software used in 1.6 billion devices including mobile phones, according to NICTA. It was acquired in 2012 by General Dynamics.

"These startups all have deep technology underneath them. They're based on five years of top-quality research," said Percival.

Got a news tip for our journalists? Share it with us anonymously here.
Copyright © CRN Australia. All rights reserved.
Tags:
amazonnetworkingnictasoftwareunitrendsvmwareyuruware